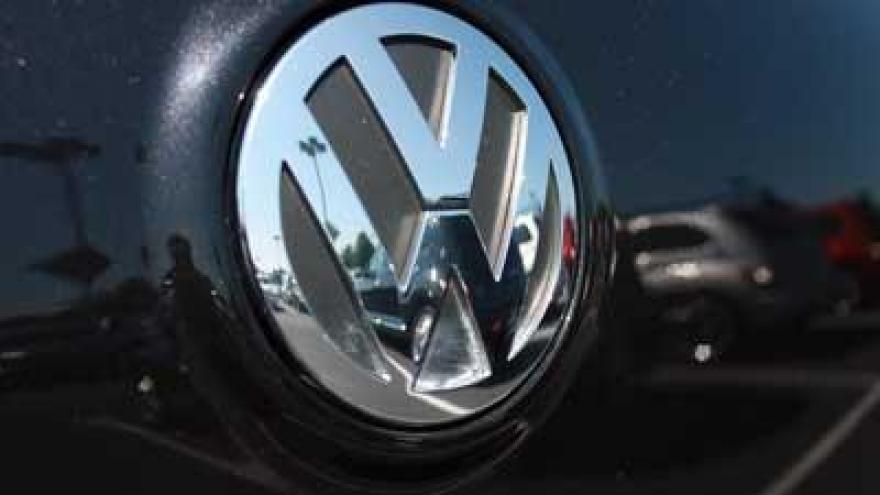 By Aaron Smith and Evan Perez

NEW YORK (CNNMoney) -- Federal investigators have arrested a Volkswagen executive for his alleged role in the company's rampant cheating on emissions tests.

FBI agents arrested Oliver Schmidt, a Volkswagen employee since 1997 who was the head of regulatory compliance in the United States in 2014 and 2015, over the weekend, a federal law enforcement official told CNN.

A criminal complaint unsealed Monday in federal court in Detroit accuses Schmidt and unnamed other VW employees of conspiring to defraud customers and impede regulators with test-evading software in cars.

He is also accused of conspiring to violate the Clean Air Act. Schmidt could not immediately be reached for comment.

"Volkswagen continues to cooperate with the Department of Justice as we work to resolve remaining matters in the United States," Volkswagen told CNNMoney, without identifying the suspect. It declined to comment further.

The scandal erupted in 2014, when a group of scientists at West Virginia University discovered that Volkswagen was using software in its diesel cars to cheat on clean-air tests. The software detected when a car was being tested and made the engines run differently to appear cleaner.

In September 2015, VW admitted to rigging half a million cars in the U.S., and 11 million around the world, to get around regulations. VW agreed to pay $14.7 billion to settle the scandal, mostly to owners of cars to have them fixed or buy them back.

Volkswagen announced in November 2016 that it would cut 30,000 jobs because of huge bills related to the scandal. Most of the job cuts, 23,000, will be in its home country of Germany. The company employs 610,000 people around the world.

Schmidt appeared before Parliament in London in January 2016. He identified himself as a Volkswagen engineer in Germany, denied that software in the cars contained a "defeat device" and insisted that the company complied with European law.