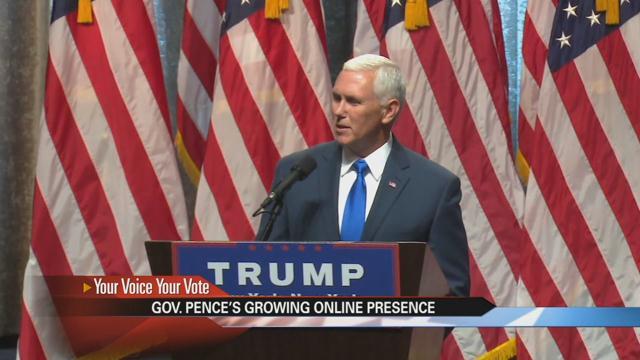 Wednesday night could win Mike Pence a memorable moment as millions of eyes will be set on him during his first Republican National Convention main stage speech.

It will be the second time the Hoosier governor addresses the country since being announced as Donald Trump’s running mate last week.

But some voters still want to know, who is Mike Pence?

One woman at the RNC in the Quicken Loans Arena says pence is being overshadowed by Trump and she hasn’t really been impressed by the appearances he’s made since being added to Trump’s ticket last Friday. So this speech is essentially a high stakes moment for Pence.

Last week we covered Trump’s press conference in Manhattan where he officially named Pence as his VP pick.

Even then, Trump commanded the event spending most of his introduction talking about his campaign, opponents, and himself before bringing out the governor.

Tonight, though, pence will have to command the attention of millions tuning in to hear him speak in order to convince voters his ticket is a winning one come November.

“I don’t really know Mike Pence, I heard bits and pieces and I saw the interview on 60 minutes, but Trump didn’t seem to let him say a whole lot,” said Jo Cowan, a voter.

That’s just what a few folks in Cleveland are saying about the VP nominee.