Voters opt for no change on SBCSC school board 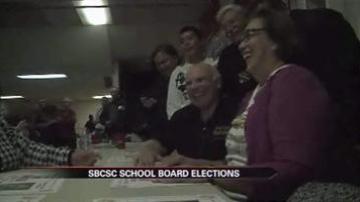 SOUTH BEND, Ind. -- The results are in for two major elections in the South Bend Community School Corporation.

There were three incumbents running for three slots and all three current school board members were retained.

Incumbent Roger Parent, who serves as the board’s president, was re-elected for another four-year term.

Maritiza Robles, who was only appointed by the school board three months, will also be retained to serve a four-year term.

"I am honored and humbled at the response of the public and their support for me," said Robles

On the corporation's West Side in the District 3 race, incumbent Bill Sniadecki was also re-elected.

At many times his opinions clash with other board members.

"I don't answer to the other school board members, I answer to the community and my oath of office said that my first obligation is to the kids," said Sniadecki.

Each school board seat is a four-year term.