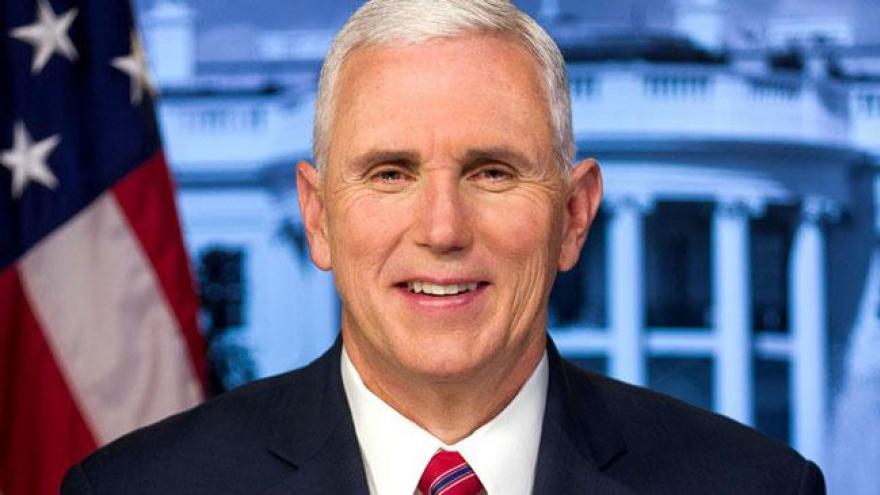 CNN (CNN) -- Amid increasing tension with North Korea, Vice President Mike Pence will travel to South Korea on Saturday to begin his first official visit to the Asia-Pacific region.

The trip comes at a critical moment for the Trump administration and US allies, after escalated posturing from North Korea's leader Kim Jong Un and growing concerns that the country may mark its most important holiday on Saturday with its sixth nuclear test.

Along with his visit to Seoul, the vice president's tour will also include stops in Tokyo, Jakarta, Sydney and Hawaii. According to a White House foreign policy adviser, the trip is intended as a chance for Pence to lay out the administration's policies to US allies in the region, and to offer an opportunity for him to develop personal relationships with government and business leaders.

Commitment will be the key message the vice president brings to US allies in the Asia-Pacific -- both on security and the economy. Officials say the primary goal of the trip will be to reinforce regional security alliances. To this end, Pence will meet with the acting President of South Korea, Hwang Kyo-ahn, to reinforce the US commitment to consult with South Korea over North Korea's ballistic missile and nuclear programs.

Security will almost certainly be a key point in discussions with Japan's Prime Minister, Shinzo Abe, who said Thursday that North Korea may now may have the capability to deliver missiles equipped with sarin nerve gas.

Along with a commitment to security, Pence will stress the Trump administration's commitment to economic engagement in the region, and according to officials, communicate that the withdrawal from the Transpacific Trade Partnership should not be seen as a retreat.

In Tokyo, Pence and Japanese Deputy Prime Minister Taro Aso will kick off the US-Japanese economic dialogue, which was first announced in February during Abe's visit to the White House.

According to officials, these discussions between the vice president and Japanese leaders will be more about establishing a framework for future discussions, rather than delving into specific industries or working out a bilateral trade agreement.

The tour will also offer the vice president the opportunity to spend time with US troops abroad. In Tokyo, Pence will deliver remarks aboard the USS Ronald Reagan and will also visit troops in South Korea and Hawaii.

The trip comes as the tenuous stability of the region is resonating for the Trump administration. The Pentagon recently deployed a US naval strike group to the region in response to last week's missile test by North Korea.

And, in a recent interview with The Wall Street Journal, President Trump said he would be willing to make concessions on trade with China in exchange for their help deterring North Korea. "That's worth having not as good a trade deal as I would normally be able to make," said the President.

During a meeting at the White House on Thursday, Trump said that North Korea "is a problem" that will be "taken care of."

Now, this upcoming trip will offer Pence the opportunity to deliver that message to the region in person.