Wall of fog in Chicago

Sunday evening, a wall of thick fog formed over Lake Michigan, and slowly rolled into the streets of Chicago. Fog forms frequently over the area, but this fog was especially picturesque with blue skies overhead and a sharp cut off. Check out these pictures, taken by Briana Saltess in the South Loop. Read on for an explanation of how this forms. 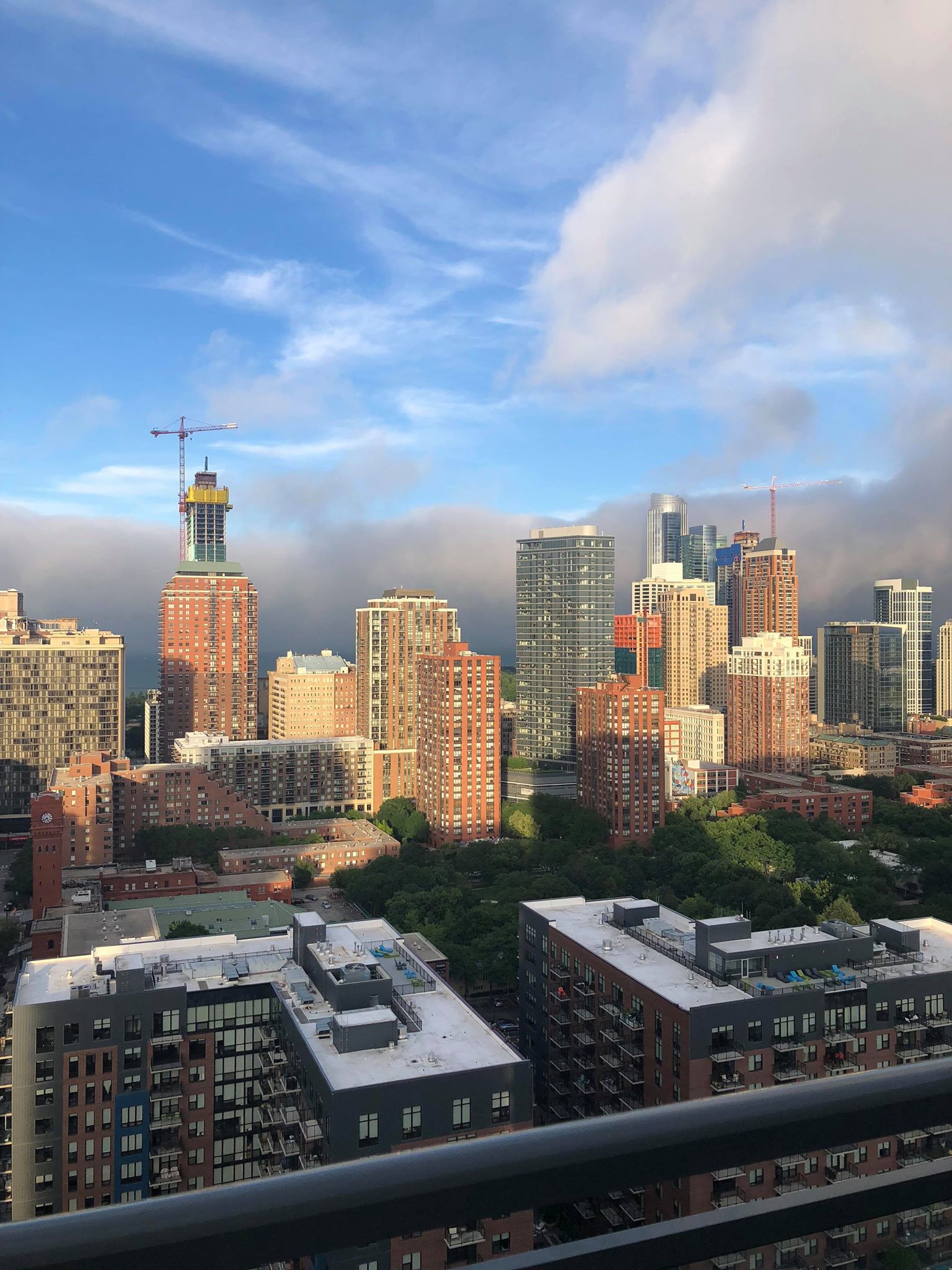 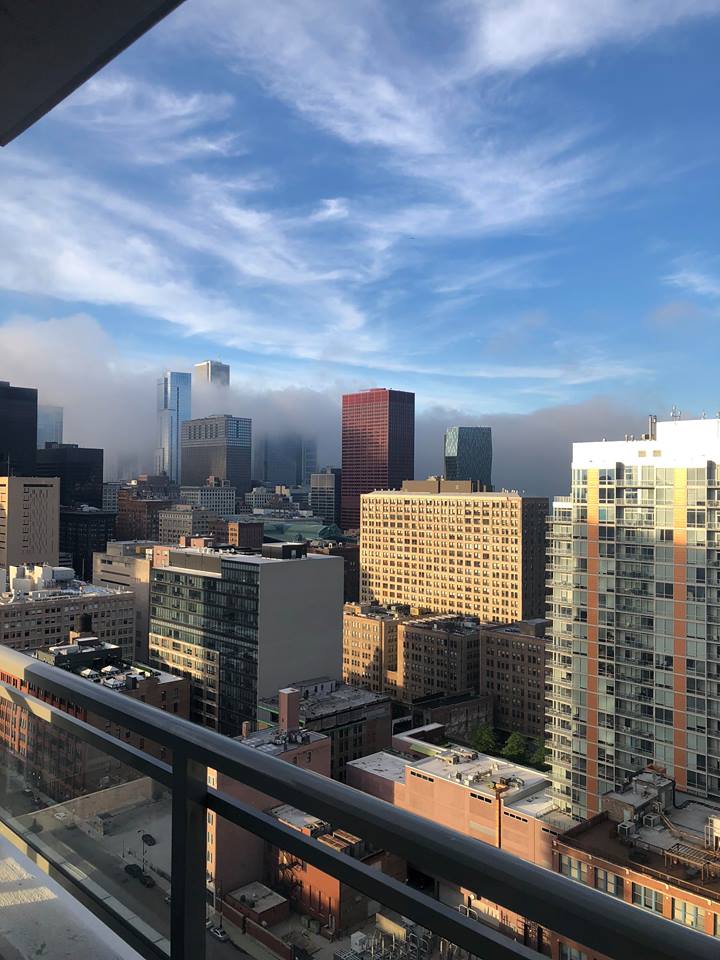 Fog like this is most common in Spring and early summer, when the water is still cool. It's called Advection Fog, and it forms when warm, moist air moves over cooler water. The warm, moist air will be cooled as it moves over the water, and once it cools to the temperature of the dewpoint, it condenses and forms fog.

The water Sunday evening was right around 60 Degrees, while the air temperature was in the low 70s. Winds moved in over the lake from the northeast, during the evening only. There was an inversion over the lake, which is a thin, vertical layer of warm, moist air, and above that was dry and cooler air. This kept the fog layer distinct. Once the fog pushes inland over the warmer ground, it will dissipate. That is why it stops so abruptly. All of these ingredients helped create this perfect Chicago fog!