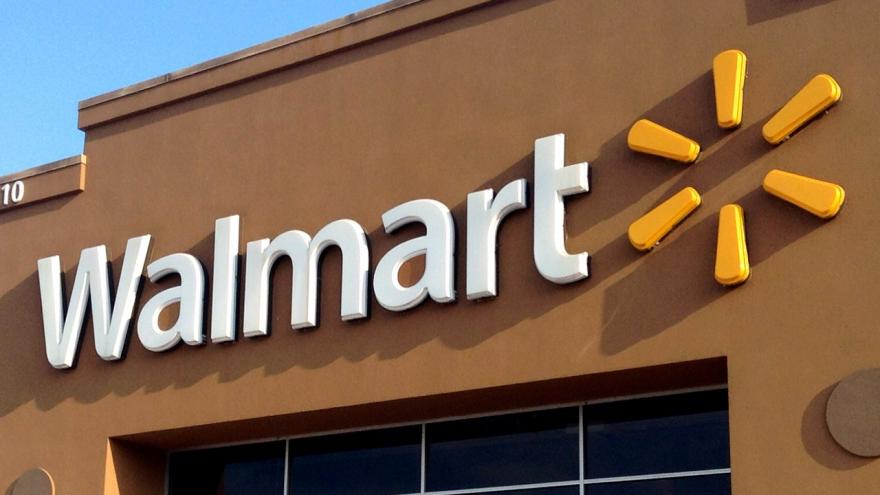 (CNN Money) -- Walmart has condemned a display inside one of its stores that appeared to market firearms as back-to-school items. The company said Wednesday it was working to identify which of its stores put up the exhibit.

A photo of a sign reading "Own the school year like a hero" was placed directly above a glass case filled with guns. Photos of it spread like wildfire on social media.

People cried foul on Twitter and demanded an explanation from Walmart. One person asked: "What are you suggesting?"

Walmart responded to some of the comments by calling the display "truly awful" and "horrible."

Spokesperson Charles Crowson told CNNMoney that the company is "not happy" and is "working diligently" to find out where the photo was taken and ensure the sign has been removed.

Crowson told CNNMoney on Wednesday evening Walmart was still trying to find the sign and gun display. It wasn't immediately clear if the sign had been removed. Earlier Walmart said it had identified the location and had removed the sign. But Crowson said that had been a mistake.

Last September, a Walmart in Panama City Beach put up stacked boxes of Coca-Cola to resemble the World Trade Center in an apparent attempt to commemorate 9/11. Walmart corporate said it didn't mean any disrespect and the display was quickly taken down.

In 2014, the company apologized for selling a "fat girl" costume on its website.