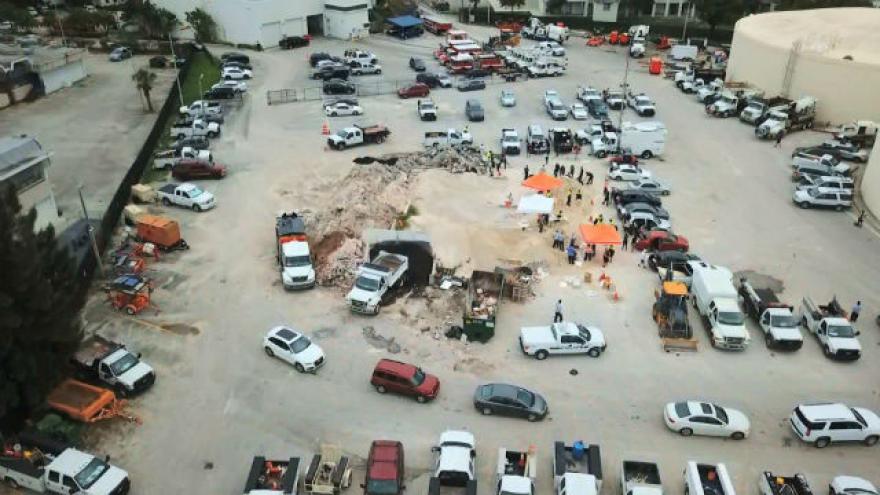 By Miguel Marquez and Jackie Wattles

(CNN Money) -- Walmart is pulling supplies from its massive distribution warehouses in various U.S. states in order to get more bottled water to Florida as the state preps for a potentially devastating hurricane.

Spokesperson Reagan Dickens told CNN on Wednesday that the company has more than 400 Florida stores where supplies are dwindling.

Dickens said Walmart is relocating water from distribution centers as far away as Nevada to help restock the Florida stores. The effort involves deploying 1,360 semi-truck loads. Of that total, about 100 trucks full of water had already arrived in Florida by Tuesday night.

The company also said it has set up an emergency operations center in Bentonville, Arkansas, to keep communication lines open between stores as the deliveries are in transit.

Walmart says it will keep the effort moving right up until severe weather hits.

A shrinking water supply was a major problem ahead of Hurricane and Tropical Storm Harvey, which pounded the Gulf Coast a week and a half ago. Local officials also said they'd received reports of extreme price gouging.

Similar concerns have rocked Floridians as they prep for Irma -- a larger and potentially more dangerous hurricane -- which is expected to make landfall on the U.S. mainland this weekend. Images of barren store shelves have popped up all over social media.

At a press conference Wednesday to discuss the state's preparations, Florida's governor said state officials have been in touch with retailers and promised that more water and other supplies are on the way.