Walnut & Western re-opens after a year of construction 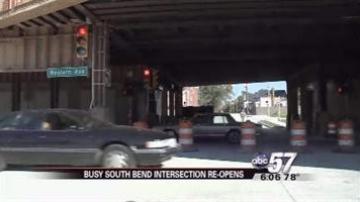 On Friday, the newly re-designed intersection of Walnut and Western opened on Friday in South Bend after more than a year of construction!

It's one of the busiest intersections on the city's west side.

Those who live in the area told us that they couldn't be happier! "I’m glad it opened up now, because when it was down, it slowed down a lot of business,” said Miguel Avina, Jr., who works near intersection.

Avina also told us that he is happy to see the city cares about making intersections in his neighborhood safer.