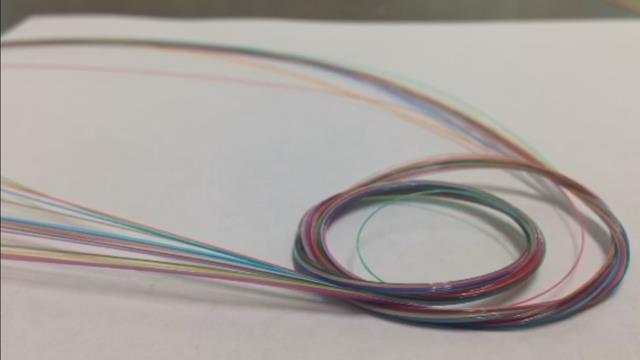 Warsaw Fiber is going to start installing fiber in the Barrington Hills area as the first fiberhood.

Over the past couple of years, Warsaw Fiber has seen a demand for faster internet speeds across the area.

The company is going out on a limb by offering fiber internet to neighborhoods for the first time and they hope it will increase their return on investment later.

“Our investment is long term. We will be here for a long time providing internet to businesses and residential areas in Warsaw, Winona Lake, and this whole area,” he added.

The equipment to install fiber in the ground is expensive, so to offset the business costs, they are offering "fiberhoods" to entire neighborhoods.

“Barrington Hills is the first fiberhood that has signed up. Their internet is atrociously bad, so they were eager to get fiber. The neighborhood is pretty amazing. We started only six weeks ago. They had zero people signed up and in six weeks they hit their goal,” Hori said.

The goal was to get 45-percent of the neighborhood signed up. All of that started with Sariah Morgan who said her family could not access the internet from some parts of their home.

“We've been unable to have consistent internet. Without it, it is absolutely crippling. Crippling, that's a great word to use for it,” Sariah said.

Her nine-year-old daughter said that it makes watching movies difficult.

“Every time I'm watching TV in my room, most of the time it says ‘loading, loading' and it never stops,” said Sarah, Sariah's daughter.

The Morgan family has multiple smart phones, tablets, computers, and other tech gadgets that make the internet a basic necessity.

“With three kids and a husband, we're all on tablets, we're all on computers and it will enable us to stream multiple movies at the same time, and I can work from home,” said Sariah.

Fiber is made up of a special optical glass that is wrapped in tubing and buried under the ground. It is thinner than a human hair. With fiber, you can download up to 100 megabytes per second. That means downloading full high-definition movies in the blink of the eye.

Older internet service providers use copper tubing. With the growing demand for more and more technology, the outdated equipment puts a limit on faster speeds.

“We kind of borrowed from what Google was doing in Kansas City and they set up their fiberhoods. So a fiberhood is just a neighborhood or a designed geographic area,” said Hori.

The Morgan family is excited to get their new internet up and running.

“I know that we're all about instant gratification but if I'm paying for something, I want to get it,” said Sariah.

Since Barrington Hills has met their goal for getting people signed up, it will be about six to eight weeks before all the equipment is installed and they will have their new internet.