Warsaw man dies after car slams into back of school bus 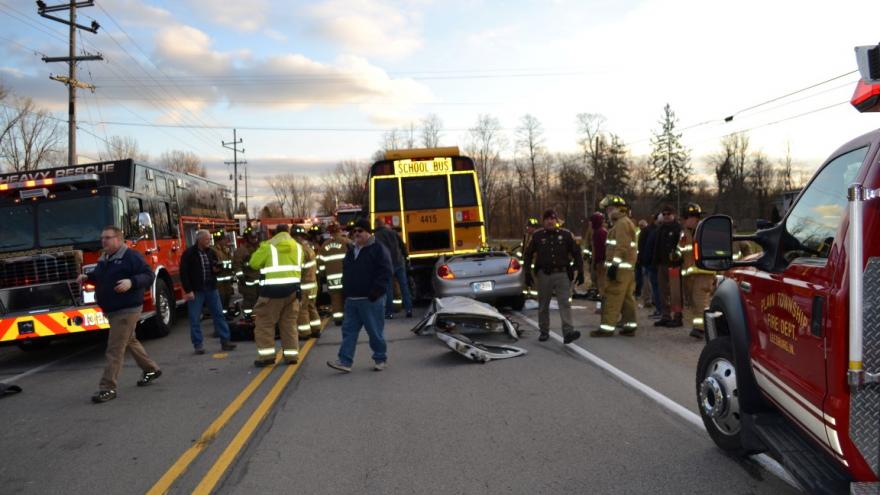 WARSAW, Ind. - Kosciusko County deputies say a man died after his car slammed into the back of a school bus.

The crash happened Thursday afternoon just after 4 p.m. on State Road 15 at Clearwater Drive in Warsaw.

Investigators say the bus was stopped to turn when a 2002 Dodge Neon struck it in the rear.

The car's driver, identified as Michael Goble, 25, or wawraw, was airlifted to Lutheran Hospital in Fort Wayne, where he died.

The school bus driver and the 32 students who were on board were not hurt.

The sheriff's department says the investigation will continue.