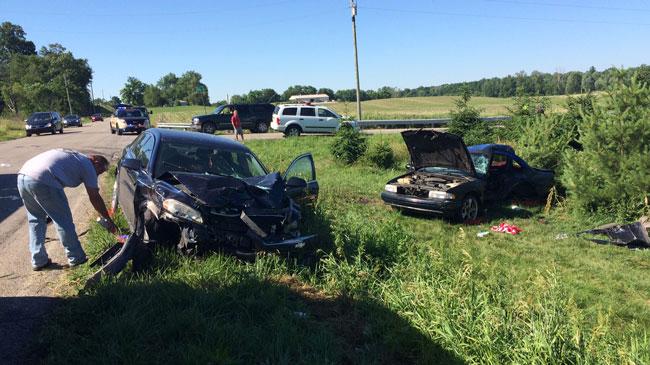 The Kosciusko County Sheriff's Department is investigating a two vehicle crash that killed a Warsaw resident.

The crash happened just before 9 a.m. at the intersection of County Farm Road and CR600 South.

Deputies say Reuben Jesse Delion, 22, was driving a Chevy Caprice westbound on CR600 S and stopped at the intersection with County Farm Road.

Deputies say he then proceeded into the path of a northbound Chevy Malibu.

Delion was pronounced dead at the scene by the Kosciusko County Coroner’s Office.

Delion had three passengers and they had to be extricated from the vehicle. They were all transported to Lutheran Hospital of Indiana, Fort Wayne, in serious condition.

The driver of the Chevy Malibu, Nathan Denna, 18, was taken to Kosciusko Community Hospital in fair condition with chest pain.