Warsaw's Ben Higgins will be the next Bachelor 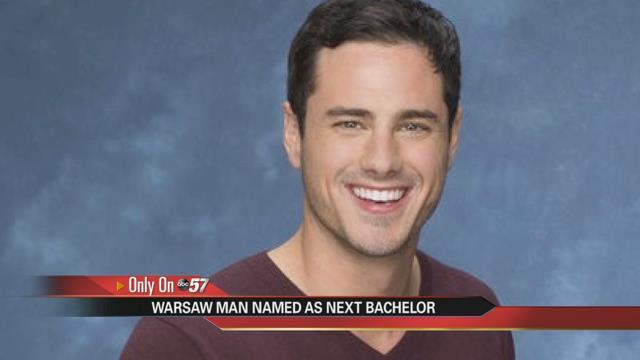 It’s official America has a new bachelor, and he’s from Michiana!

ABC announced Monday night that Ben Higgins will be the lucky man handing out the roses on season 20 of The Bachelor.

Higgins grew up in Warsaw.

Close family friend Tracy Furnivall is one of the many supporters Higgins has in the community.

“Ben is a quality young man, got a good head on his shoulders,” said Furnivall.

Furnivall knew Higgins long before the rest of the world.

Furnivall coached Higgins in sports and went to church with his family. Higgins also worked for Furnivall at the Baker Youth Club.

“It’s really cool to see somebody you know that close on TV.”

But Furnivall says, Higgins hasn’t let the fame go to his head. He says he’s still the humble, caring man he’s always been.

But is Higgins ready for love?

“I think he is definitely open and ready for love, through some of the conversations I have had with him. For one he’s a loving guy, he cares a lot about people. I think he’s ready to find somebody to spend the rest of his life with,” said Furnivall.

And it isn’t just Furnivall who will be tuning in to watch Higgins as The Bachelor, the whole town will be rooting for him.

“I think everybody in Warsaw wants happiness for Ben,” said Furnivall.