Washed Away: How a tourist town is trying to hold back the water

Washed Away: How a tourist town is trying to hold back the water

NEW BUFFALO, Mich. -- Summer won’t be the same in southwest Michigan because a worldwide pandemic has closed or canceled many businesses and festivals. Meanwhile many beach communities continue to fight back against the record high lake levels out of fear they'll be washed away.

We started the Washed Away series in February. Defining what it means to be resilient to climate change. How cities, counties and states can plan and be proactive against the rising water. 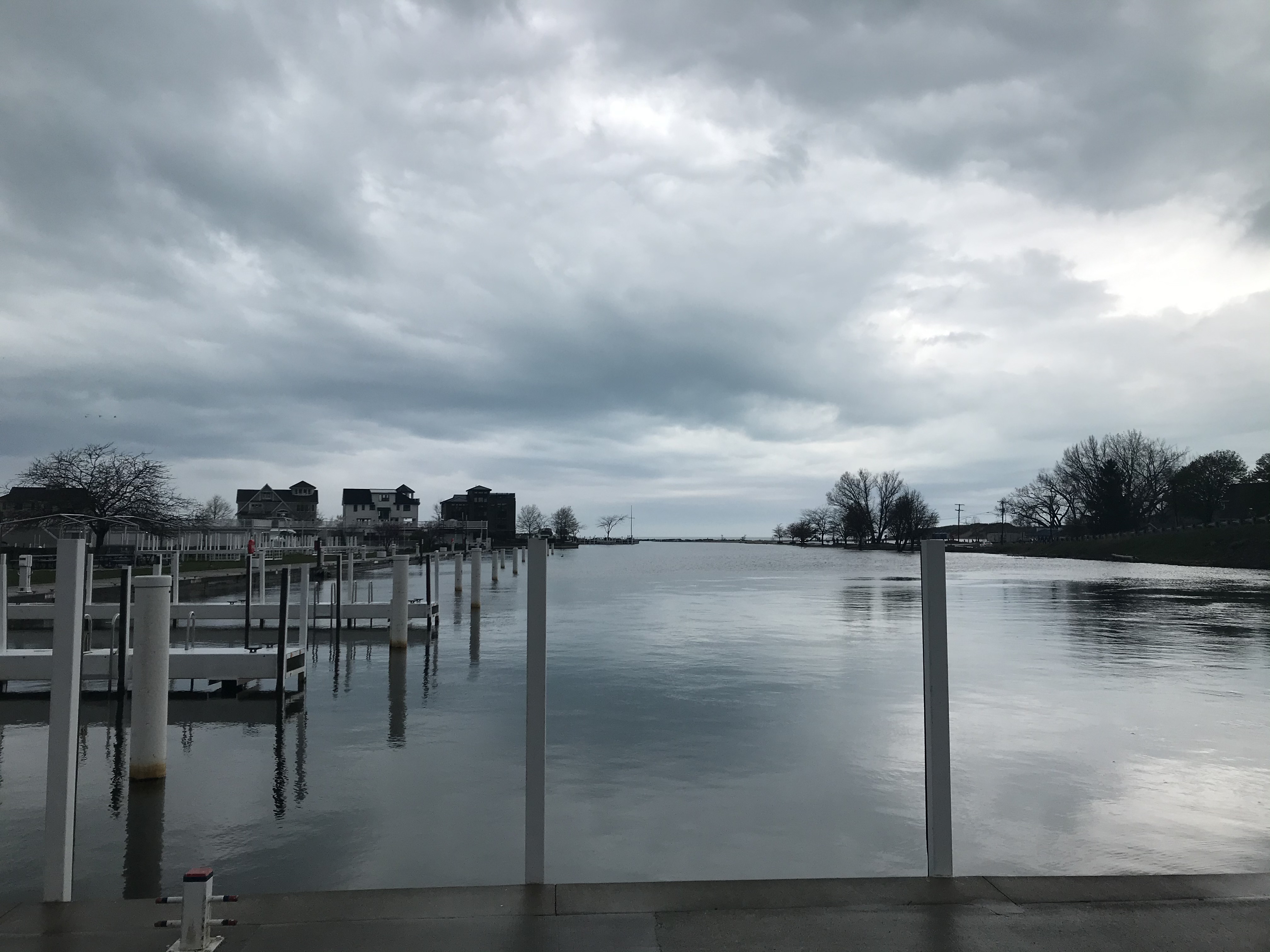 COVID-19 may have stolen most of the headlines but problems haven’t gone away and Southwest Michigan is trying not to be washed away.

Michael Frank has been fishing Lake Michigan since the 1980s and running his Dailed-In Fishing Charters since 2005.

“Well it’s been an interesting spring so far” Frank said with a laugh. “My boat is right there, it should be at the sea dock in New Buffalo, Michigan”

Frank is a fisherman out of water. COVID-19 restrictions have kept him dockside for over a month. The weather over the past year hasn’t made his job any easier.

“Last year we had several days where the water was over our dock, which is almost getting into a safety situation. Thank goodness those specific days we didn't have customers,” Frank said.

If managing one lakeside business is hard, how about managing an entire city getting the brunt of the lake’s wrath?

“So we’re just responding to storm after storm," said David Richards, the New Buffalo City Manager. “It’s a daily issue, when I come to work it’s, okay what do I have to do today?”

After every storm there’s a lot of clean-up.

“We’ve taken semi loads of debris off the beach that came out of the lake or up the river,” Richards said.

COVID-19 isn’t helping. His street department of four now works in an alternating tandem. Two work one week, two work the next to increase social distancing. Also any plans to fix flooding problems are on hold.

“We have to plan for higher water, because the prediction is there will be more water, 12 inches maybe, 13 or 14 inches,” Richards said.

“Whatever we do we have to account for the fact that the next 10 years there’s going to be higher water than we’ve had in the recent past,” Richards said.

First there's the transient marina. Most the slips were under water last year, only two were available for boats to dock. Something the city makes money from. More than 40 spots made no money last year. 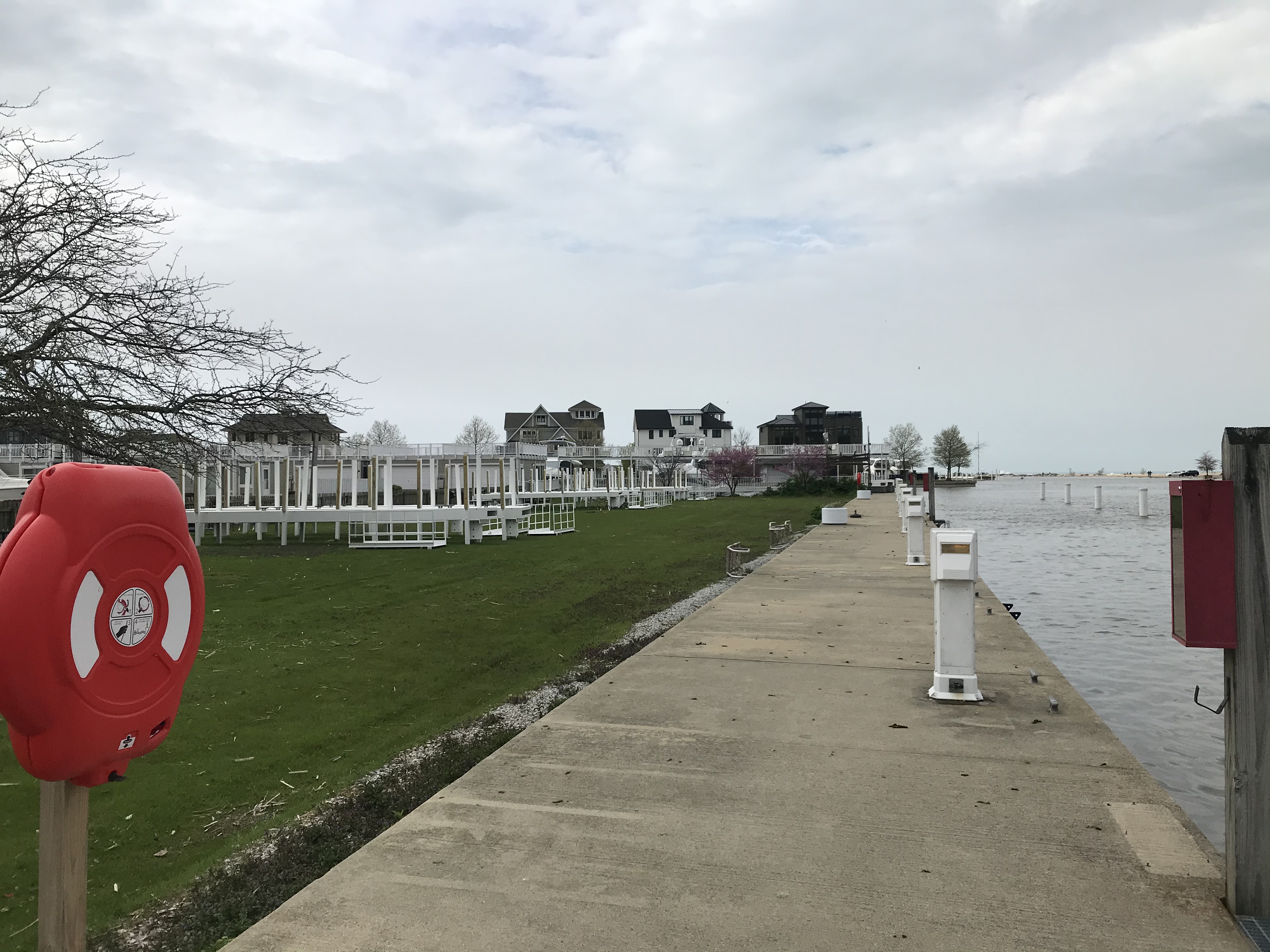 Boat slips (white) our of the water at the New Buffalo Municipal Marina. Tom Coomes

The piers usually stay in the water year round but this year had to be removed, cleaned-up and will still need to be put back in three feet higher, even with the seawall. 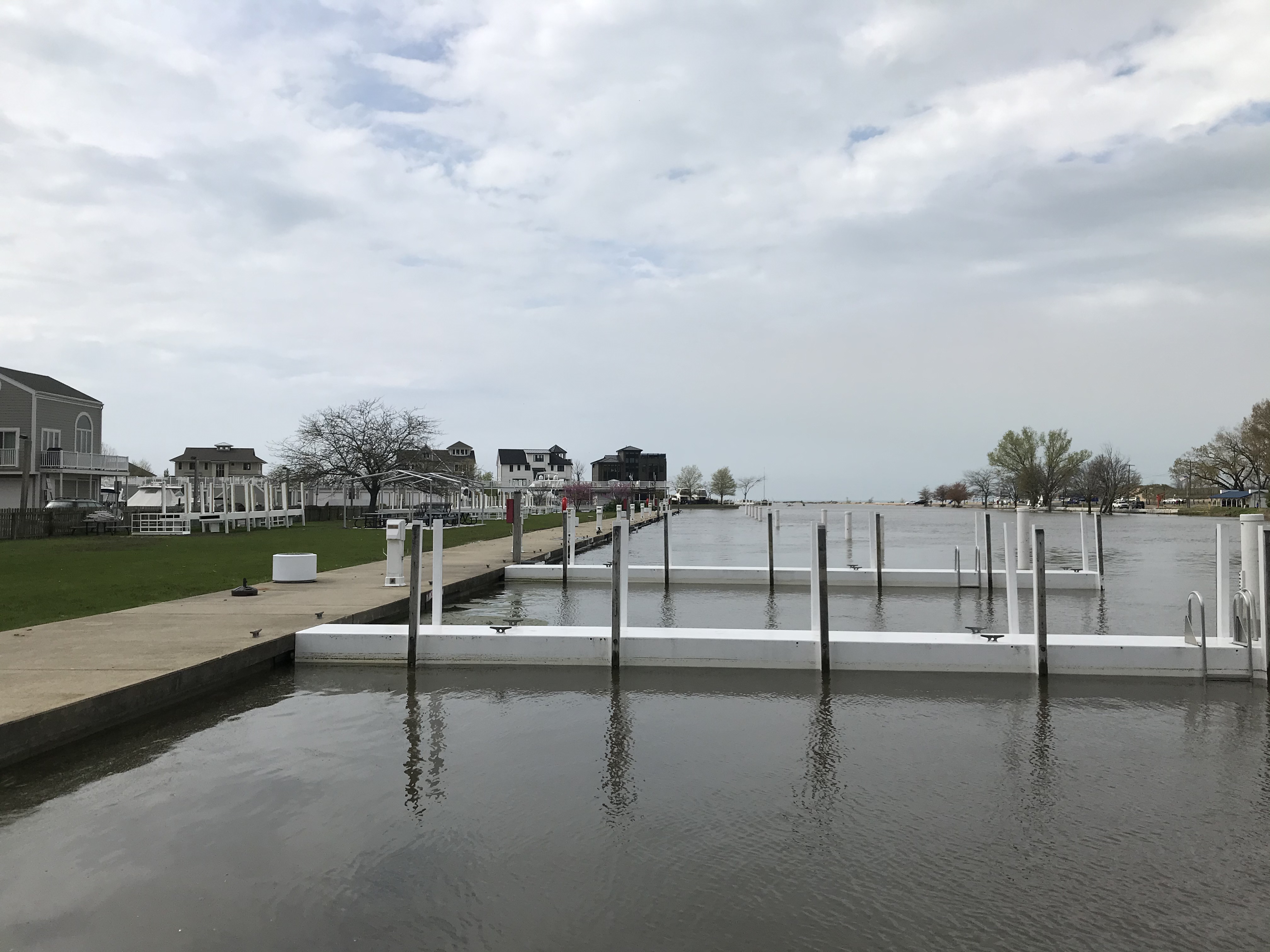 Then there’s the problem along N. Whittaker Street, a low spot along the outlet of the Galien River now has standing water almost every day. A temporary seawall was installed to keep the water and a new one is being designed but construction is likely delayed at this point. 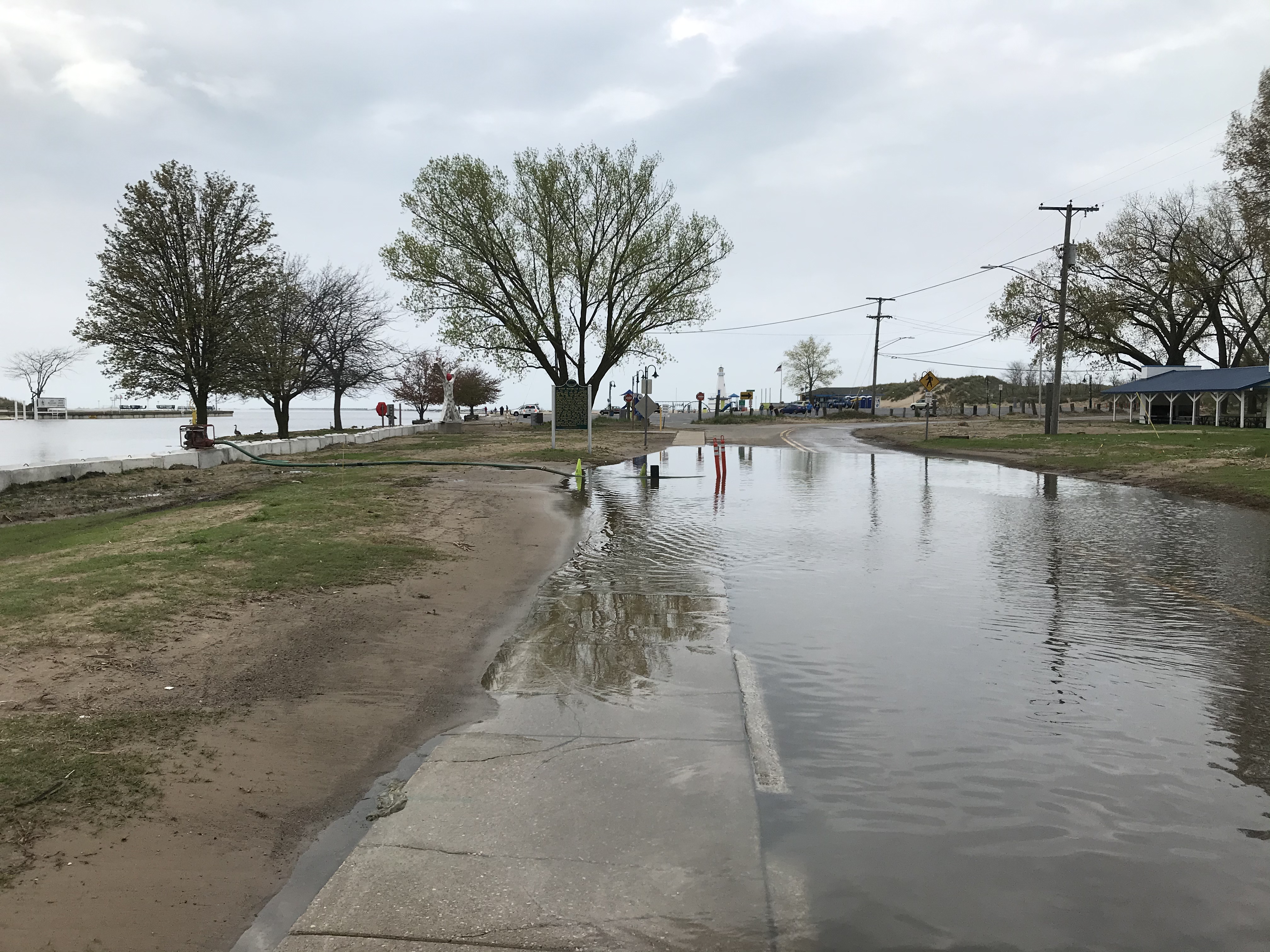 Drainage is another issue. The water table is so high now that a drain now works backwards and water flows up into the street. It will have to be closed off and a permanent pump is in the works to be installed. 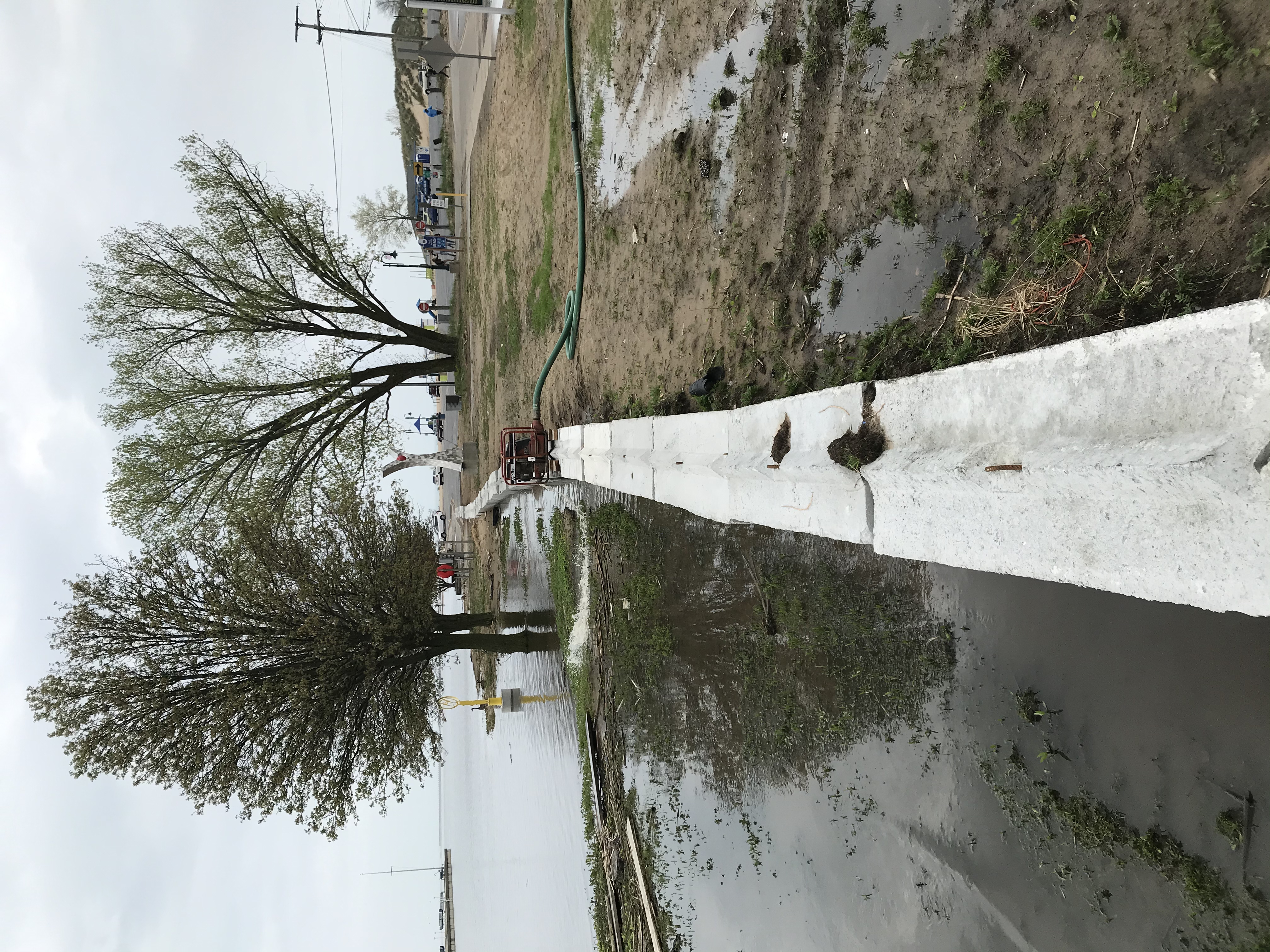 The beach is more of a lost cause at this point.

“I’ve got record high water and half the beach I had last year,” Richards said. 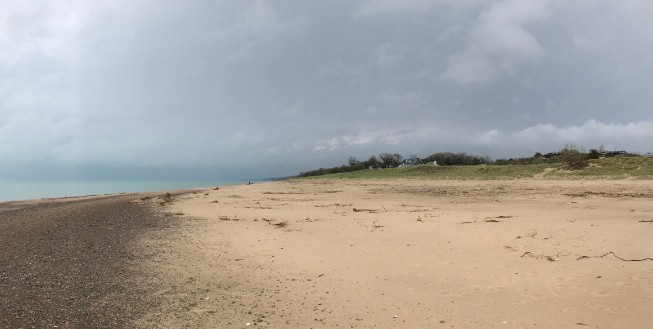 That won’t make social distancing any easier this summer.

All these preventative measures also come at a higher price.

“Touristy people renting a home on the beach for a week and they do the golf and beach thing and then call me,” Frank said.

Half of Frank’s business comes from those tourists. If the city suffers, his business would be “affected greatly” he said.

“It seems like a lot of people are concerned I’m going forward full steam ahead.” 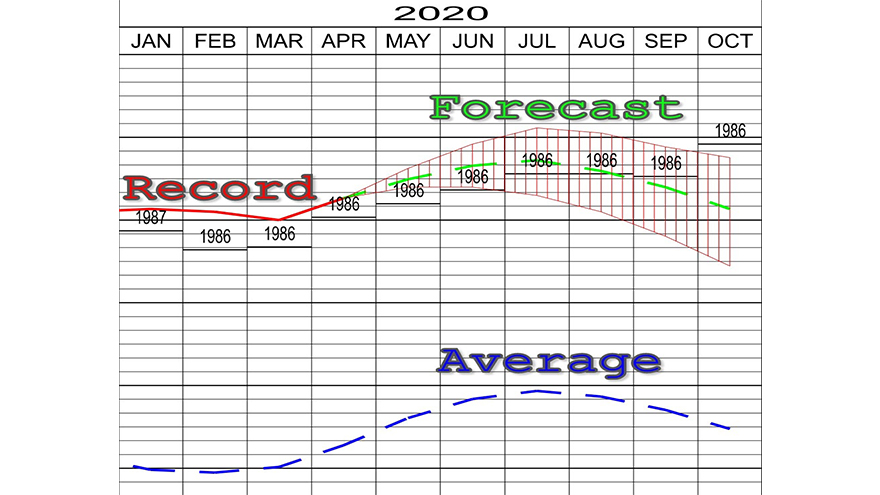 Lake levels have set records every month so far in 2020, even with relatively dry spring. Records levels are likely through August. After that, the best case scenario of the forecast range is a water level just below record levels. A much above average water level will continue through this year and another fall/winter storm season when erosion is at its worst.