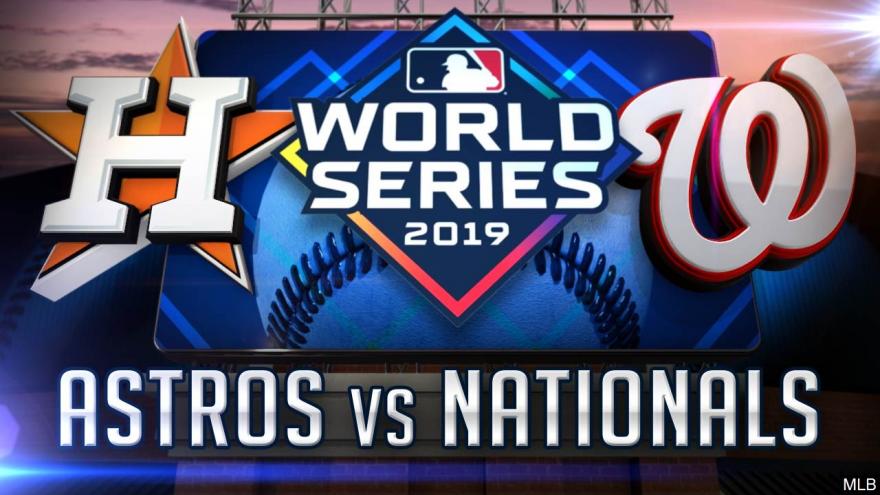 HOUSTON — The Washington Nationals defeated the Houston Astros 6-2 in game 7 to win the World Series..

The Nationals were down 2-0 in the seventh inning when they scored three runs off two home runs to take a 3-2 lead. They would tack on three more runs to win 6-2.

This is the first World Series championship for the Nationals.

The World Series title also returns to Washington, D.C. for the first time since 1924 when the Washington Senators defeated the New York Giants.

This is also the first time in World Series history that the road team won every game.