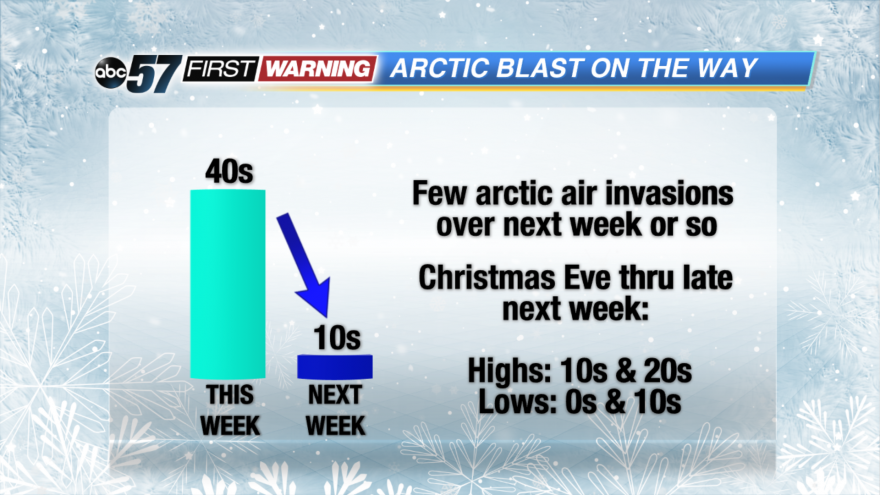 Overcast skies will greet us to end the workweek with highs near 40F both Thursday and Friday. A chance of drizzle, a light shower or perhaps a light wintry mix exists Thursday night and Friday, but precipitation will be light. Rain and/or snow looms for Saturday with snow showers possible for both Christmas Eve and Christmas Day.