The deluge of rain that hit Michiana over Mother's Day weekend put a huge dent in the drought, according to the latest drought monitor released Thursday. 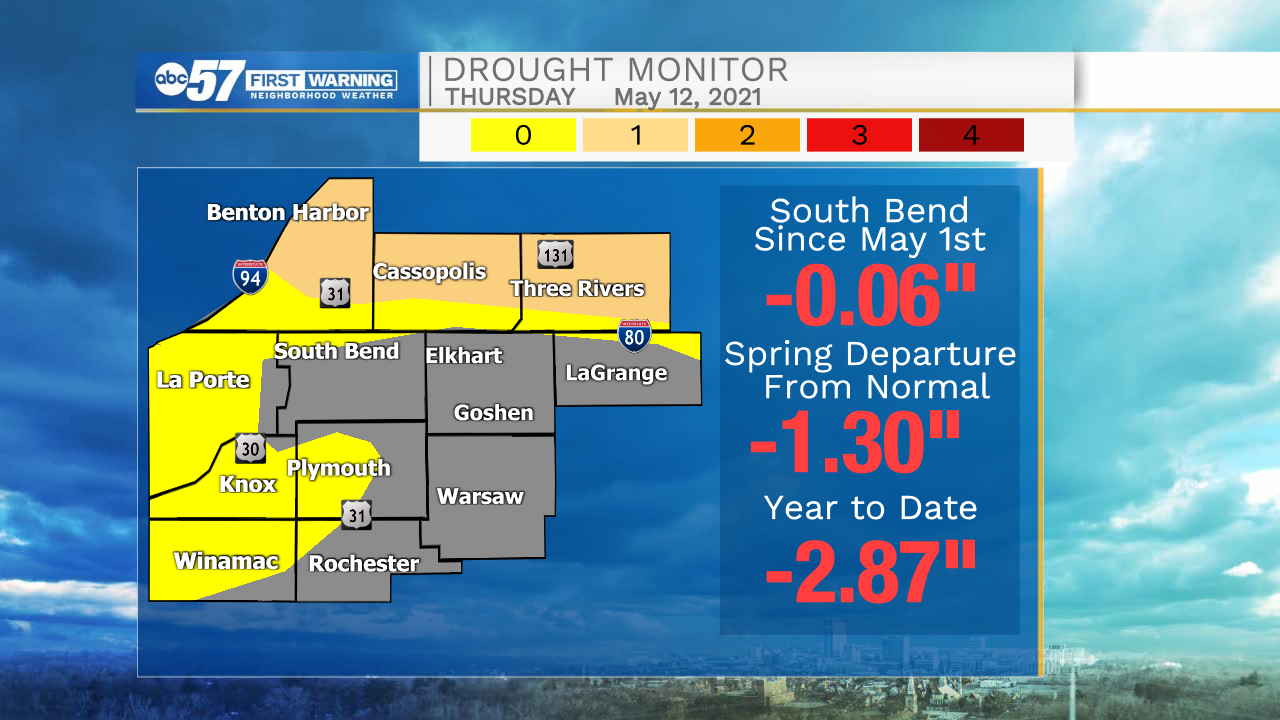 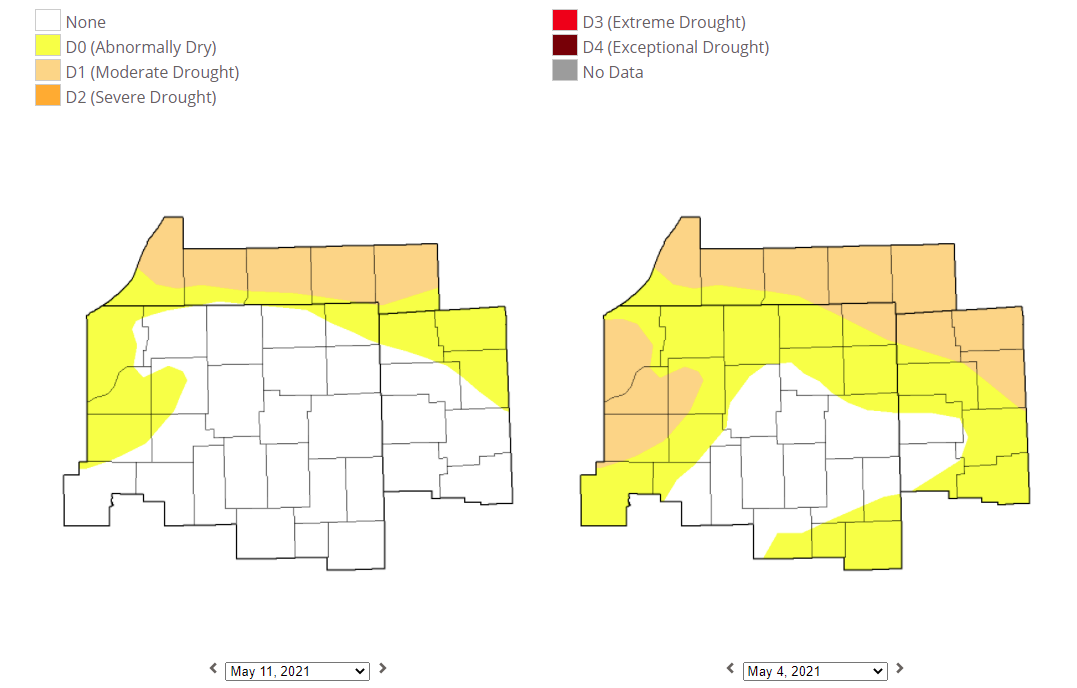 Unfortunately, southwestern Michigan's drought marches on. Last weekend's rain largely missed Michigan, with the heaviest amounts showing up along and south of US-30. 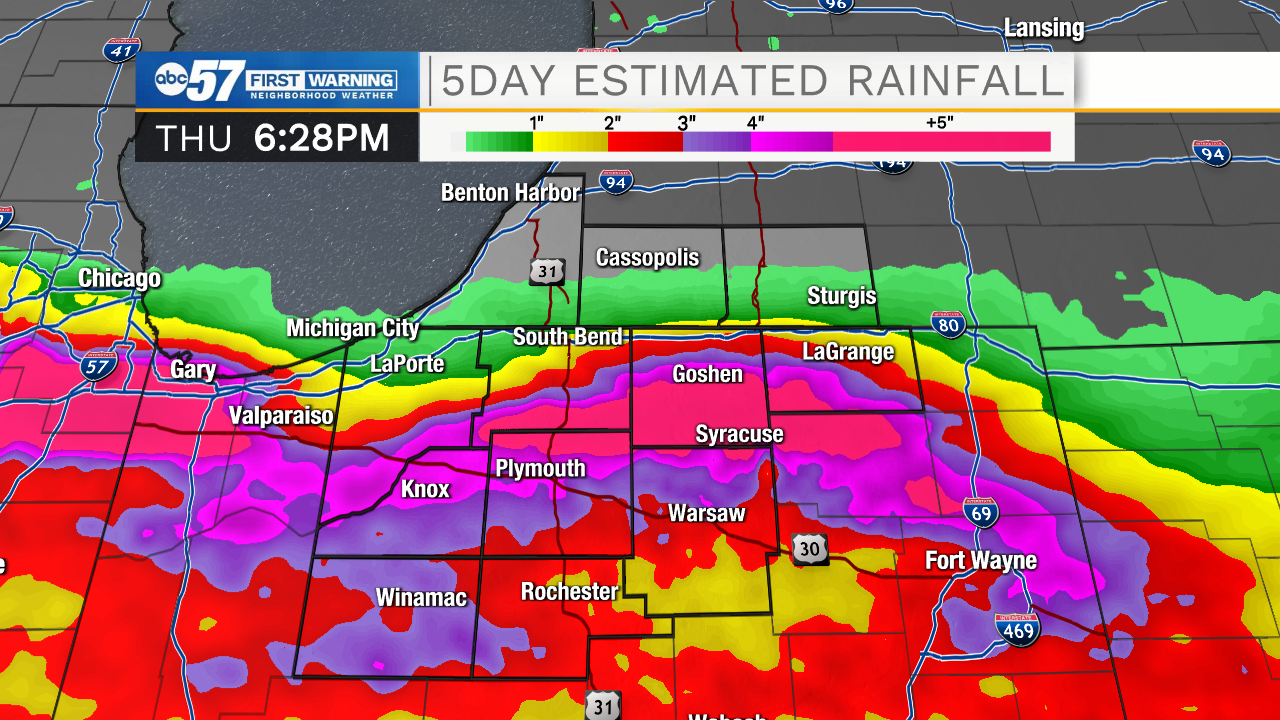 Forecast rain amounts aren't promising for any section of Michiana heading into next week, with rain chances on Sunday and Monday likely producing less than a quarter of an inch of rain. 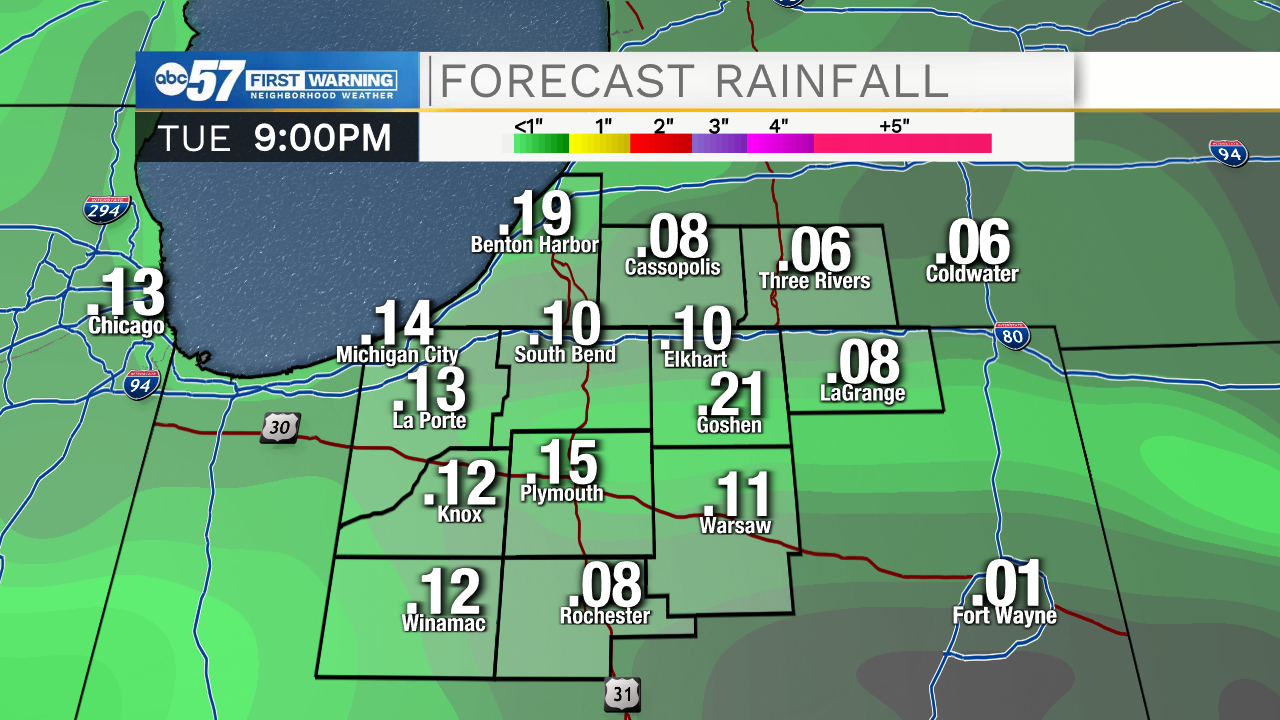