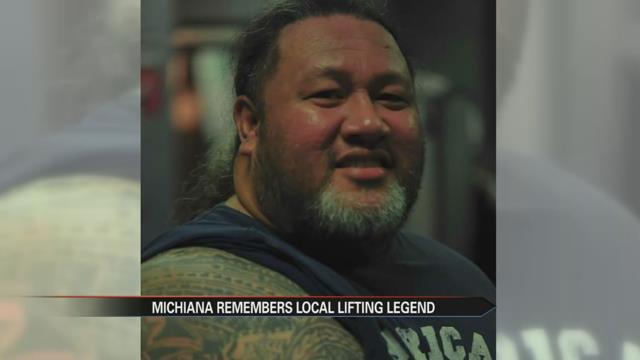 The man who was killed in an accident on SR 5 in LaGrange County Wednesday morning was a world-record holding weight lifter. His friends are trying to come to terms with the loss.

Hoffman Kennach, also known as George Lealiifano, was attempting to pass a semi when he was involved in a multivehicle accident.

He was not wearing a seat belt

He could bench press over 700 pounds.

"He was definitely an icon,” said Luis Ruiz.

Ruiz was a teammate of Lealiifano.

They power-lifted regularly at Michiana Workout Company to train for competitions.

"The guy just reeked of positivity whenever you talked to him,” said Ruiz.

When his team found out that 'Big George,' as he's affectionately known, had been killed in a car crash, they were devastated.

Boutsomsy says Big George was an inspiration and he can't believe he's gone.

"He speaks highly of everybody, it's a loss. I don't think you can every replace somebody of that magnitude,” said Boutsomsy.

While his records for power-lifting are what he is known for, Thomas Davis says Big George will be remembered as someone who competed the right way.

"Some guys take steroids and whatnot but he did it naturally. All he did was eat his chicken and get up under the bar and do it,’ said Davis.

Davis says Big George is someone he aspires to be like. And his team hopes to win a power-lifting championship in his honor.

"I'm going to try to excel like he did as well, not just on the platform but as a family man as well,” said Davis.

On July 4th George's friends are holding a luau to raise money for George's family at his home.