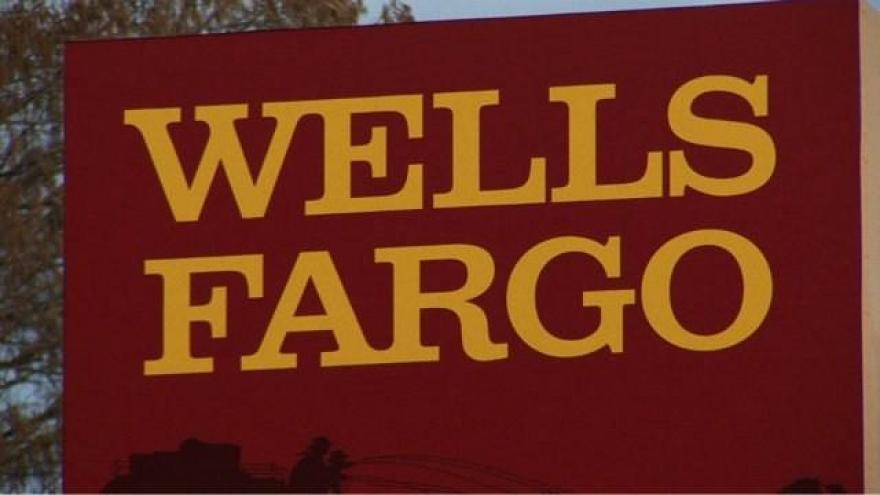 Wells Fargo announced plans on Friday to shut down more than 400 bank branches by the end of 2018. That's on top of the 84 locations it pulled the plug on in 2016.

The acceleration of branch closures at Wells Fargo is a reflection of Americans' preference for online and mobile banking these days. Unlike Wells Fargo, its chief rivals Bank of America and JPMorgan Chase have been a lot more aggressive in shutting branches in recent years.

However, Wall Street analysts do see a link. Not only does Wells Fargo face rising legal and compliance costs to clean up the mess, but its branches aren't likely to be the profit engines they once were.

Wells Fargo has eliminated the unrealistic sales goals that led to the bad behavior and its account openings have declined dramatically in recent months.

UBS analyst Saul Martinez wrote in a report published Friday that he had long expected the "scandal was likely to be a catalyst for a more aggressive focus on expenses."

No matter the cause, Wells Fargo isn't signaling widespread layoffs of bankers, tellers and other branch employees. The bank said that many of the 200 closures it anticipates this year will be in close proximity to other locations it owns and many of the employees can be transferred to nearby branches.

In 2018, Wells Fargo plans to shut down "slightly" more than 200 branches. It's part of a broader Wells Fargo plan to save about $2 billion a year by the end of next year.

Tim Sloan, who took over after long-time CEO John Stumpf abruptly stepped down last year, said the moves are in response to shifting consumer behavior.

"They still want to come into our branches," Sloan said, "but they're also accessing us online, on mobile, through ATMs and over the phone."

In many ways, Wells Fargo has only just begun to catch up with the trend of big banks closing branches.

Since 2012, Wells Fargo's branch count has declined by just 2%. By comparison, CSLA recently estimated that Chase's branch network has shrunk by 9% and Bank of America's by 15%.

That's why some on Wall Street are pushing Wells Fargo to close even more branches.

Mayo even argued that Wells Fargo's massive branch network may have helped fuel the scandal. He said the need to justify the costly branches "could have contributed to pressure on staff to sell more."

Sloan explained on Friday that the pace of branch closures may fluctuate based on how customers respond. "We may increase, or we may decrease, who knows," he said.

A UBS analysis found that more than 40% of Wells Fargo branches lie within a five-minute drive of another Wells Fargo branch. UBS said that's among the highest "cannibalization" ratios of any of the big banks, even though Wells Fargo doesn't have as big of an urban presence as other lenders.