What's next for alleged Internet Casanova? 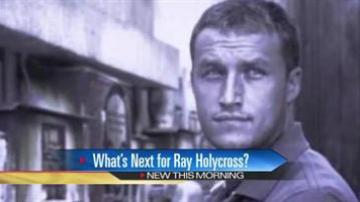 After his trial ended in St. Joseph County in May, he was taken to the Howard County Jail in Kokomo, Indiana where he also faces charges.

The Plymouth native is believed to have conned more than 30 women across 7 different states.

His scam involved taking on different identities on various dating websites and wooing women. Then he'd steal more than just their hearts.

This earned him the nickname "Internet Casanova," and even sparked a 20/20 special about his exploits.

ABC 57 originally broke the news of his arrest in Mishawaka back in February.

The 30-year old was charged with felony theft, pleaded guilty to the crime in April and was sentenced to 18 months in prison in May.

According to officials in Howard County, even if he does post bond, he won't be released.

If he doesn't post bond, he'll remain in Howard County Jail, awaiting his day in court there.

He faces a felony theft charge in Howard County for allegedly stealing a handgun and other valuables from a woman living near Kokomo.

The "Internet Casanova" also has identity theft charges against him in the state of Oregon.