Where's the snow? One Michigan county is nearing 18 feet! 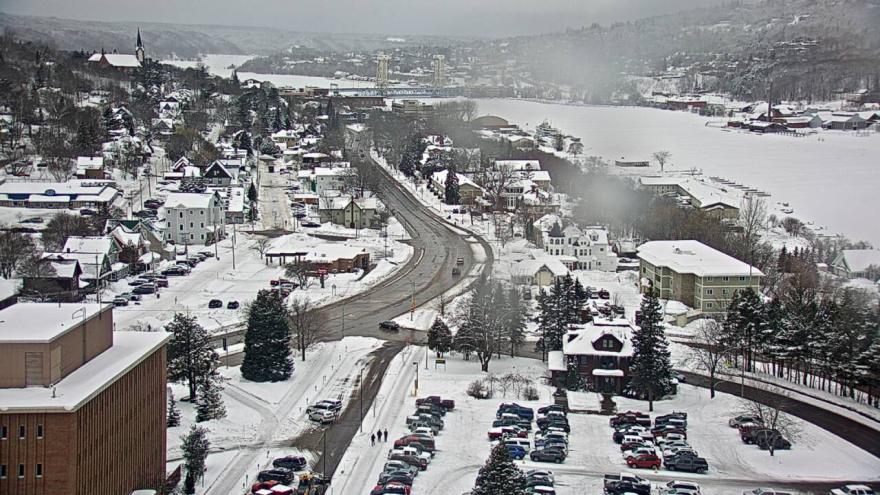 KEWEENAW COUNTY, Mich. -- While we've been immersed in a rather uneventful snow season here in Michiana, the same cannot be said in Michigan's Upper Peninsula. 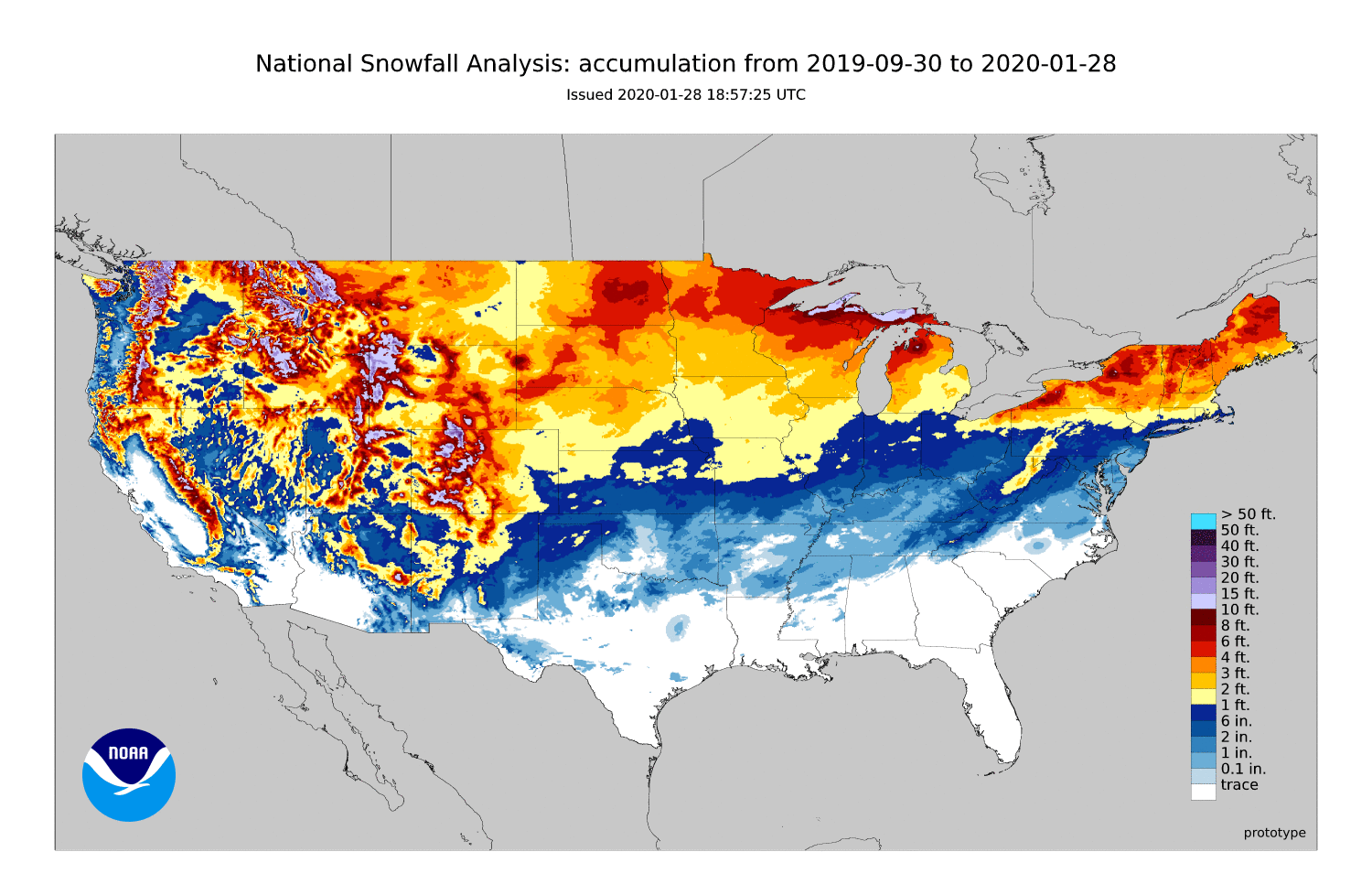 Total snowfall for the 2019-2020 season thru January 28th. NOAA
That's where Old Man Winter has been relentless. There are a couple of locations that have recorded more than 200" of snow since September 1, 2019, according to FunintheUP.

One is located in Keweenaw County and one in Houghton County, which are the northernmost counties in the state of Michigan.

The official snowfall total in Keweenaw County thru January 27th is an incredible 214.8". If you're counting, that's just shy of 18 feet of snow! 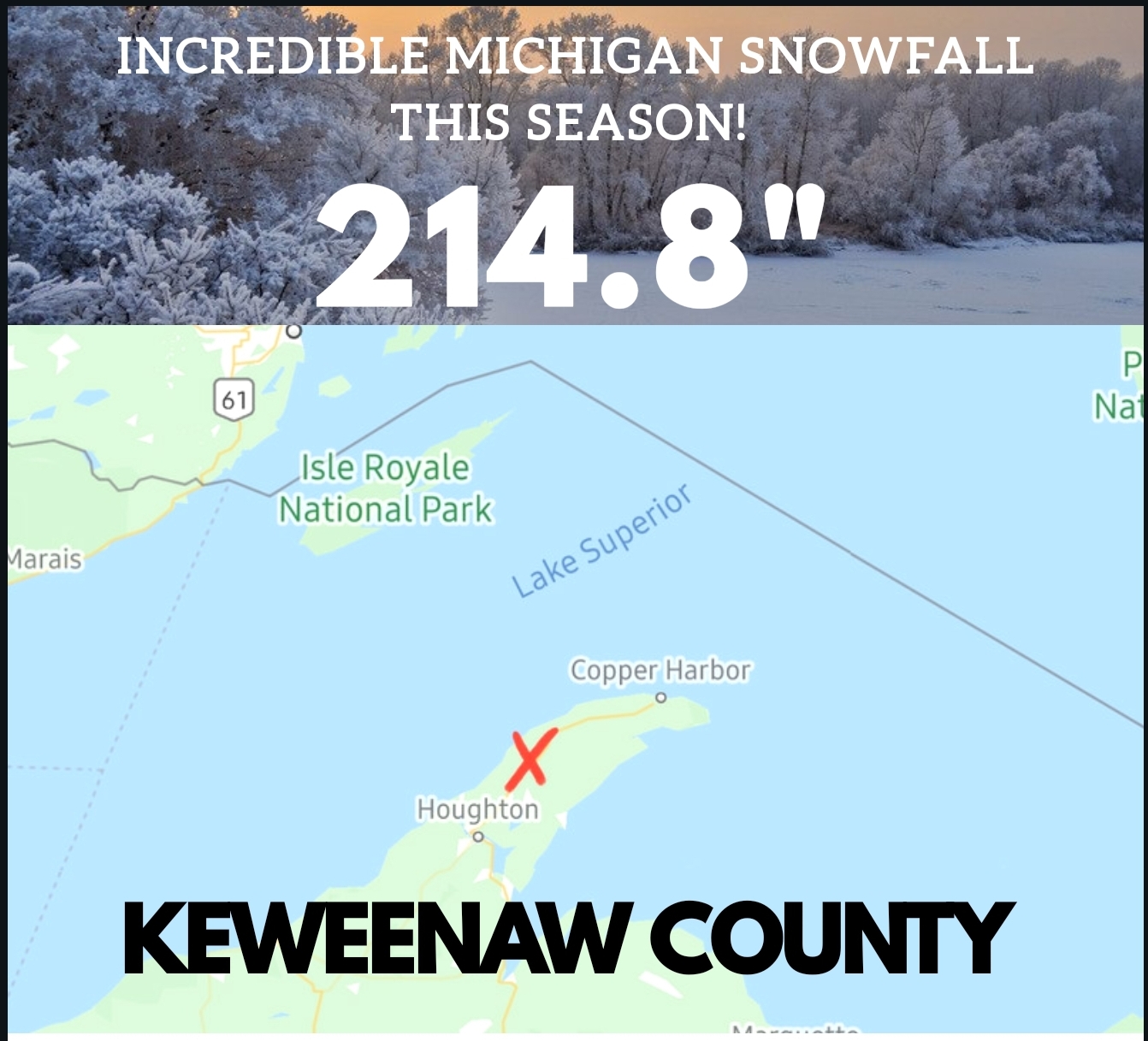 It's the highest snow total this season in the contiguous United States east of the Rocky Mountains. And believe it or not, it's not all that unusual.

Several locations throughout the Upper Peninsula receive 200 inches or more of snow in a typical season. 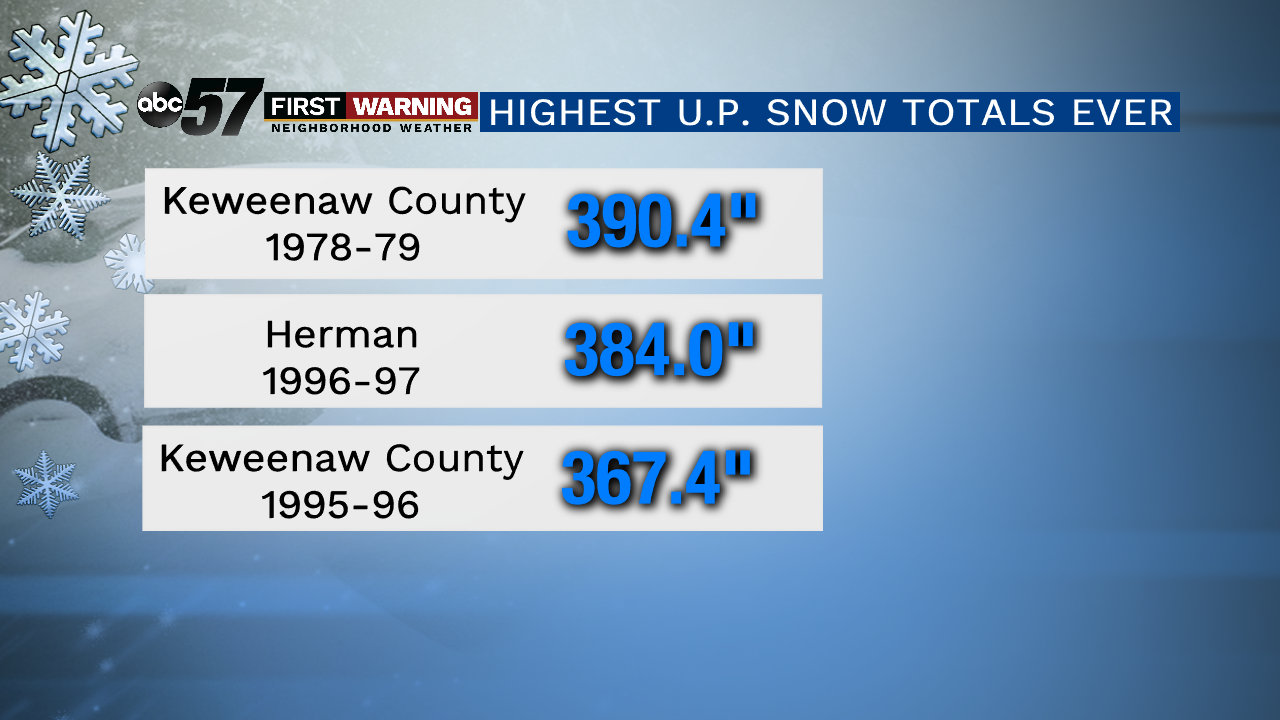 Top-3 highest snowfall totals in the Upper Peninsula. FunintheUP
It's not even unheard of for some areas to eclipse the 300-inch plateau in a season. Back in 1978-79, Keweenaw County picked up the all-time record for the U.P. of 390.4"!

That translates to 32.5 feet of the white stuff in a 9-month span! Can you imagine?

Meanwhile we've been snow-starved down in Michiana. 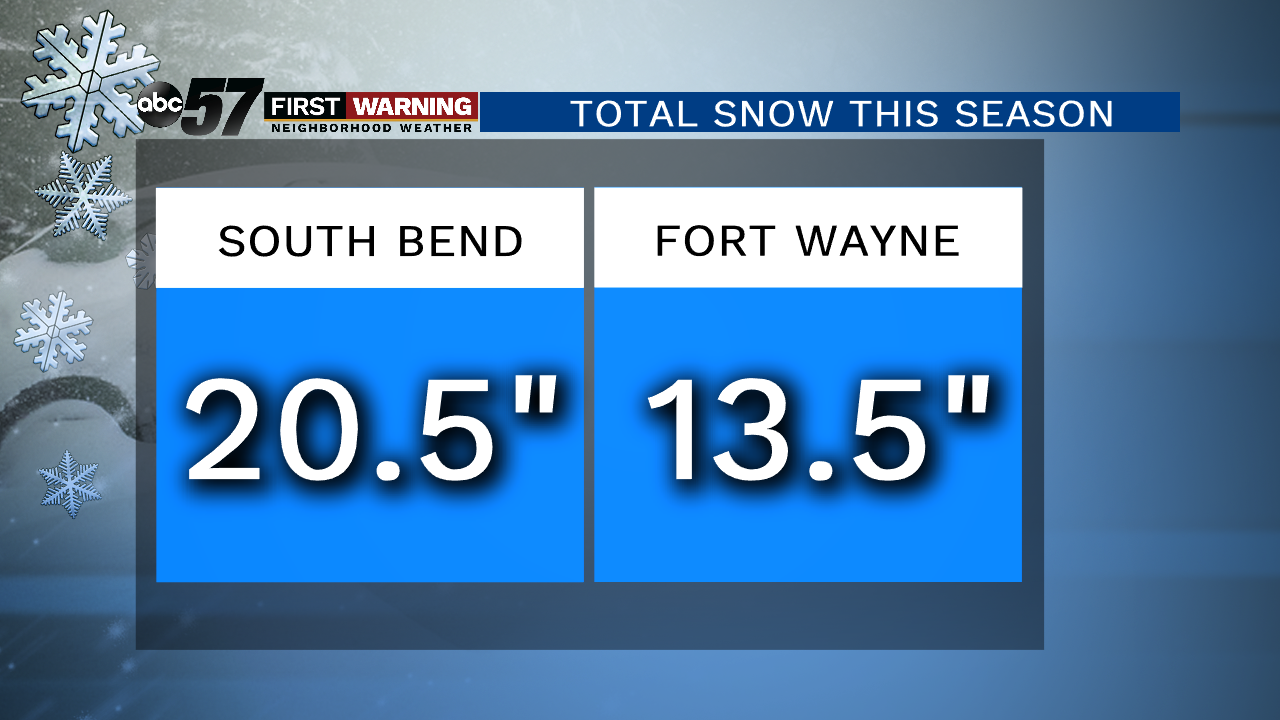 Outside of an impressive lake effect snow event back in November, we haven't seen much in the way of snowfall.

South Bend International Airport has officially only picked up 20.5" of snow since October 1st. Farther from Lake Michigan, Fort Wayne has only seen 13.5" thru January 27th.

So if a bunch of snow is what you're craving, just head 8 hours north. You won't be disappointed!