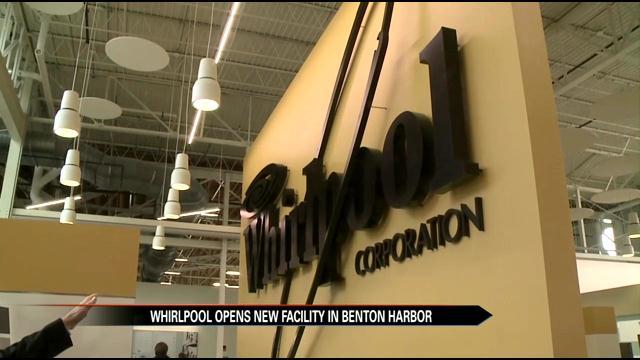 Fettig said, "Between 2010 and 2016 we will invest 155 million dollars in having world class facilities for our people.”

The roof of the building is made from the wood of World War II minesweepers that were manufactured in the city. Their state of the art facility includes e a sound proof lab to test their refrigerators in dead silence.

Farrington is the Director of Engineering for Refrigeration in North America, he said hundreds of engineers relocated to Berrien County to work at the facility.

Benton Harbor residents said they wish the corporation would hire folks from in town.

Charles Baker said, "I think if they would spend more time, these companies, hiring people right here in the area, instead of bringing them in, it would be a better place for everybody. And it would help with benton harbor's poverty level.”

The Mayor of Benton Harbor said residents need to think of the bigger pictures. He believes the opening will attract investors.

James Hightower said, “In fact i was speaking to someone from cornerstone this morning and they have several interested businesses already!"

Whirlpool executives also announced that they will break ground in 2016 to move their global headquarters to the twin cities.