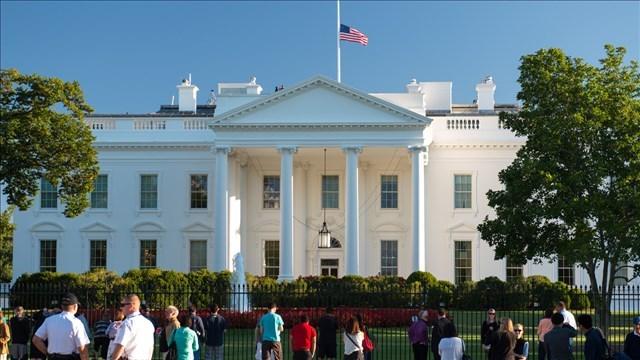 WASHINGTON (CNN) -- The White House is condemning the Syrian government Thursday after having announced that a year-long UN-backed investigation found that both the Assad regime and ISIS had used chemical weapons.

"It is now impossible to deny that the Syrian regime has repeatedly used industrial chlorine as a weapon against its own people," US National Security Council spokesman Ned Price said in a statement Wednesday.

The NSC statement went on to accuse the regime of violating the Chemical Weapons Convention and a UN resolution.

The investigation, led by the UN and the Organization for the Prohibition of Chemical Weapons (OPCW), the implementing body of the Chemical Weapons Convention, was launched a year ago at the behest members of the UN Security Council with the aim of identifying the perpetrators of chemical weapons attacks in Syria.

Because chlorine has non-military uses, its removal was not mandated by the US-Russian arrangement in 2013, governed by UN Security Council Resolution 2118. However, weaponized chlorine is still considered a chemical weapon and its use is banned under the Chemical Weapons Convention that the US-Russia deal compelled Syria to be a party to, thereby making Syria's use of the substance against civilians a violation of the agreement.

There have been many such attacks using chlorine alleged after the resolution took affect, but the UN report is the first definitive international declaration of a Syrian breach.

The findings of the new UN report is sure to revive Republican opposition to President Barack Obama's handling of the issue of Syrian chemical weapons.

In August 2012, Obama had described the use of such weapons as constituting a "red line" that, if crossed, would force the US to consider intervening.

But following reports that Syria had used sarin gas in 2013, Obama -- in the face of Republican and Democratic opposition -- delayed in authorizing military action.

Instead, Russia brokered an agreement, codified in Resolution 2118, to have Syria turn over its chemical weapons as part of a process overseen by the OPCW.

Though the Obama administration embraced the process as a victory, Republicans charged that it was a display of weakness as the White House didn't enforce its red line.

The UN's confirmation this week that the resolution has been violated has revived the political dispute.

The Republican chairman of the House Foreign Affairs Committee, Ed Royce, said in a statement Thursday that Assad's use of chemical weapons had made "a mockery" of Obama's red line.

"The White House says it is now 'impossible to deny' the regime repeatedly launched gas attacks against the Syrian people in 2014 and 2015. Just a few weeks ago, the regime dropped more barrel bombs on a neighborhood in eastern Aleppo," he said. "So what's the president going to do about it?"

When asked by reporters whether the Obama administration had done enough to address Assad's use of chemical weapons against civilians, White House spokesman Josh Earnest pushed back, citing the US intervention in Iraq in 2003.

"We've got a test case just over the border in Iraq about what the consequences are for the United States implementing a regime-change policy and trying to impose a military solution on the situation," Earnest said.

"Because of the tough diplomacy of the United States and Russia," he argued, the US was able to get Assad to surrender his stockpile of chemical weapons like sarin gas.

"Unfortunately, that has not prevented the Assad regime from taking a compound like chlorine and weaponizing it," Earnest acknowledged.

ISIS is also reported to have used mustard gas against civilians in August 2015, according to the report.

The administration on Wednesday also condemned that attack and highlighted its efforts to curb ISIS' chemical weapons activities, including targeted airstrikes and the capture of an ISIS chemical expert in March.

"We continue to remove leaders from the battlefield with knowledge of these weapons and will target any related materials and attempts to manufacture such chemicals going forward," Price of the NSC said.

UN Secretary General Ban-Ki Moon submitted the report to the members of the Security Council Wednesday.

While State Department spokeswoman Elizabeth Trudeau would not preview what actions the US would take at the Security Council, she told reporters Thursday that "the administration will continue to pursue all appropriate legal and diplomatic options" to hold the responsible parties accountable.

The UN said that the Security Council will meet to discuss the report Tuesday, but it's unlikely that Syria's primary backer, Russia, will countenance any effort to formally punish Damascus.

Russia's permanent representative to the UN, Vitaly Churkin, said that Moscow would need to study the UN document before taking further steps.

"It is a very complicated report which needs to be studied by experts," he said.