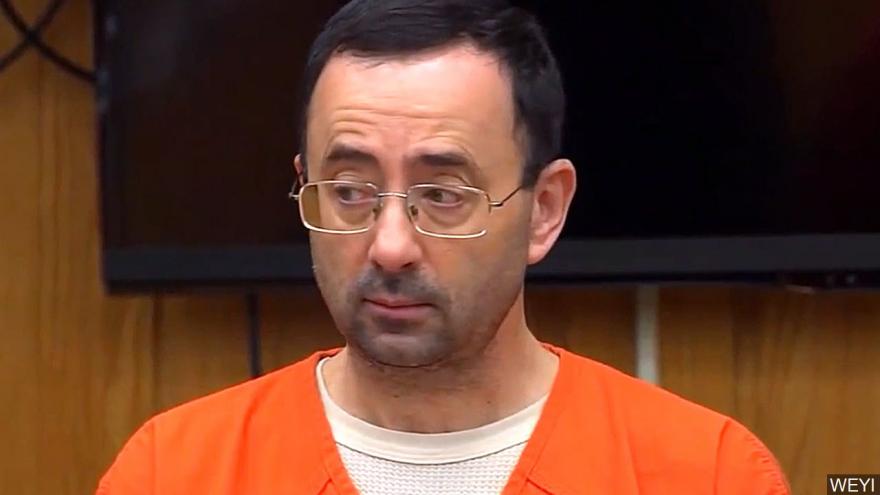 LANSING, Mich. (AP) — Democrat Gretchen Whitmer on Friday denied Republicans' allegation that she refused to prosecute disgraced former sports doctor Larry Nassar for sexual assaulting gymnasts and other victims before the charges were brought by Michigan Attorney General Bill Schuette, her GOP opponent in this year's race for governor.

Whitmer scheduled an afternoon news conference to address what her campaign called a "shameful" new digital ad launched by the state GOP on Thursday, days after Schuette began airing TV ads in which the parents of a victim praise his prosecution of the former physician at Michigan State University and USA Gymnastics.

The negative online ad says Whitmer "says she wants to protect our families, but she doesn't tell you that she refused to prosecute Larry Nassar on sexual assault charges." It appears to be a reference to MSU Police Chief James Dunlap's past statements in The Detroit News suggesting that Whitmer, when she was Ingham County's interim prosecutor in 2016, wanted to proceed with a child pornography case against Nassar but not sexual assault charges.

She has called the characterization "patently false," saying Dunlap never brought her police reports needed to assess whether to file assault charges. Schuette ultimately took the case at Dunlap's request, and Whitmer has said she supported the move because Nassar's assaults against young female athletes and a family friend occurred in two counties. Schuette also has said his office was in the best position to prosecute because the case crossed into multiple jurisdictions and possibly across state lines.

Whitmer's campaign issued a statement on her behalf from Wayne County Prosecutor Kym Worthy, an ally.

"Suggesting that Gretchen Whitmer is responsible for Larry Nassar continuing his atrocities by doing nothing is way beyond the pale — in fact it is repugnant. And a lie," Worthy said, adding that Whitmer followed policy and procedure.

This is not the first time Whitmer's handling of the Nassar investigation has come up in the governor's race. One of her Democratic primary opponents, Shri Thanedar, called for her to drop out for not charging Nassar.

Earlier this week, Schuette began running ads in which Mark and Lee Weick credit Schuette's prosecution of Nassar. Their daughter Helena Weick, now 19, was sexually abused under the guise of treatment by Nassar when she was a 12-year-old gymnast. She was among some 200 women and girls to give victim-impact statements in Ingham and Eaton county courtrooms before he was sentenced to at least 40 years in state prison, which he would serve after the federal term.

"Bill Schuette is a person who stood up for what's right," Lee Weick says in one ad.

Dunlap, the MSU chief, declined Friday to speak to The Associated Press about the early stages of the Nassar probes. He instead issued a statement: "Throughout the Nassar investigations, we worked with the Ingham County Prosecutor, the Michigan Attorney General, and the United States Attorney for the Western District of Michigan. Those efforts were meant to achieve the best possible outcome for the survivors of Larry Nassar and by all objective accounts those efforts were successful."