Why in the world is it so cloudy?

NOW: Why in the world is it so cloudy? 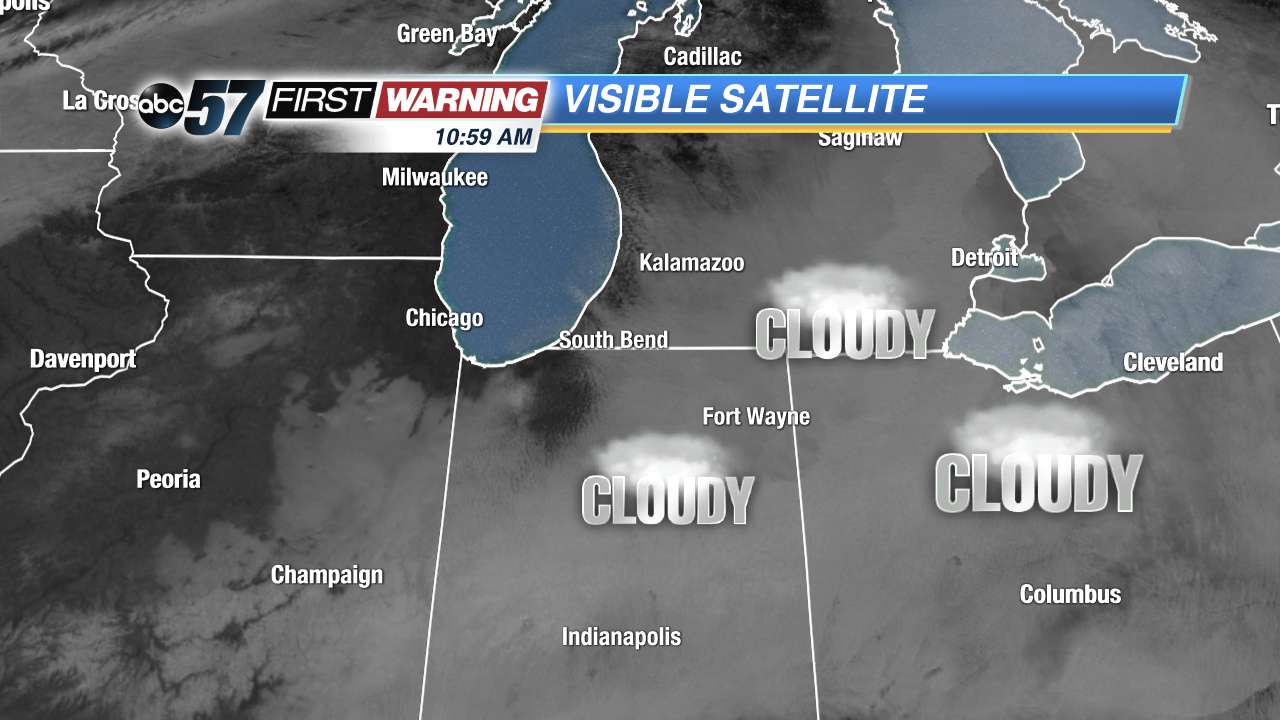 Visible satellite image just before 11 a.m. Monday.
Let's rewind to last week. It's Thursday, December 6th. It's cloudy and cold. But, we had something to look forward to: sunshine and milder temperatures courtesy of a strong area of high pressure sitting atop the Great Lakes region. To an extent, that has been the case. We had sunshine for several hours on Friday, clouds on Saturday, sunshine all day Sunday, and clouds for the first half of Monday. Temperatures haven't been as warm as previously thought, but we've at least had some sun. Therein lies the problem. We were supposed to see complete sunshine each day from Friday to Tuesday thanks to high pressure. 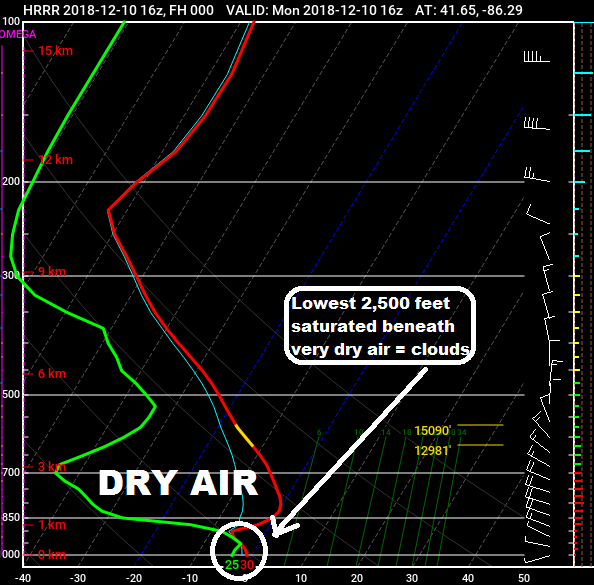 Forecast sounding valid at 11 a.m. Monday morning.
So what has been the problem? Well, let's take a look at the variables we have had in place over the last several days.

•Temperature inversion at about 4,000 feet in the atmosphere (temperatures increase when they typically decrease with height)

•Moist air in the lowest levels of the atmosphere, mainly at night and during the morning

The last two bullets are the most important. Yes, it's possible to have moist, saturated air despite friendly high pressure being in place. What has happened is a layer just 1,000 to 3,000 feet off the ground has become saturated and is getting "stuck" beneath the dry air and thin warm layer just above. 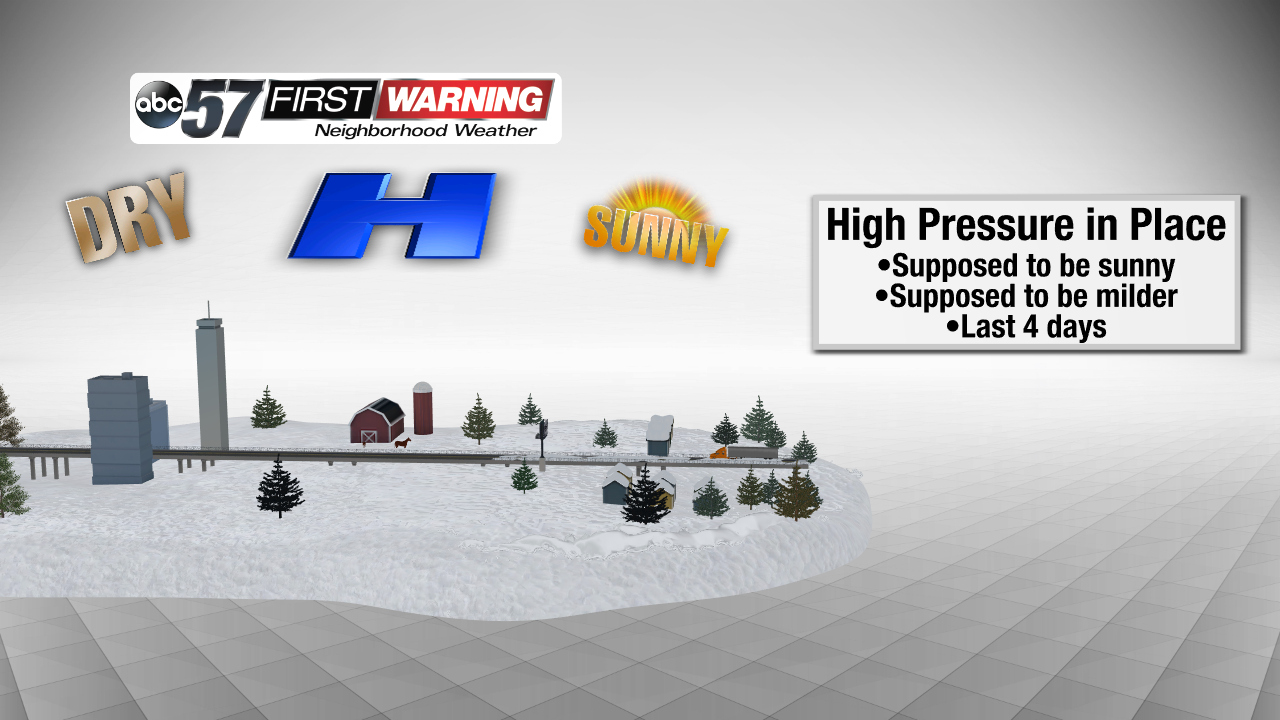 And, when a layer of the atmosphere is saturated, water droplets condense and cloud cover is formed. Add calm wind to the equation and there's an even higher chance for clouds to develop and hold strong as there is no motion (wind) to "mix" the clouds out. In most instances, though, the sun will "burn" the clouds off by the late morning and early afternoon hours. That has been the case for Michiana and surrounding areas since late last week. On Saturday, it just took until 3 p.m. for the sun's warmth to be enough to erode the clouds. 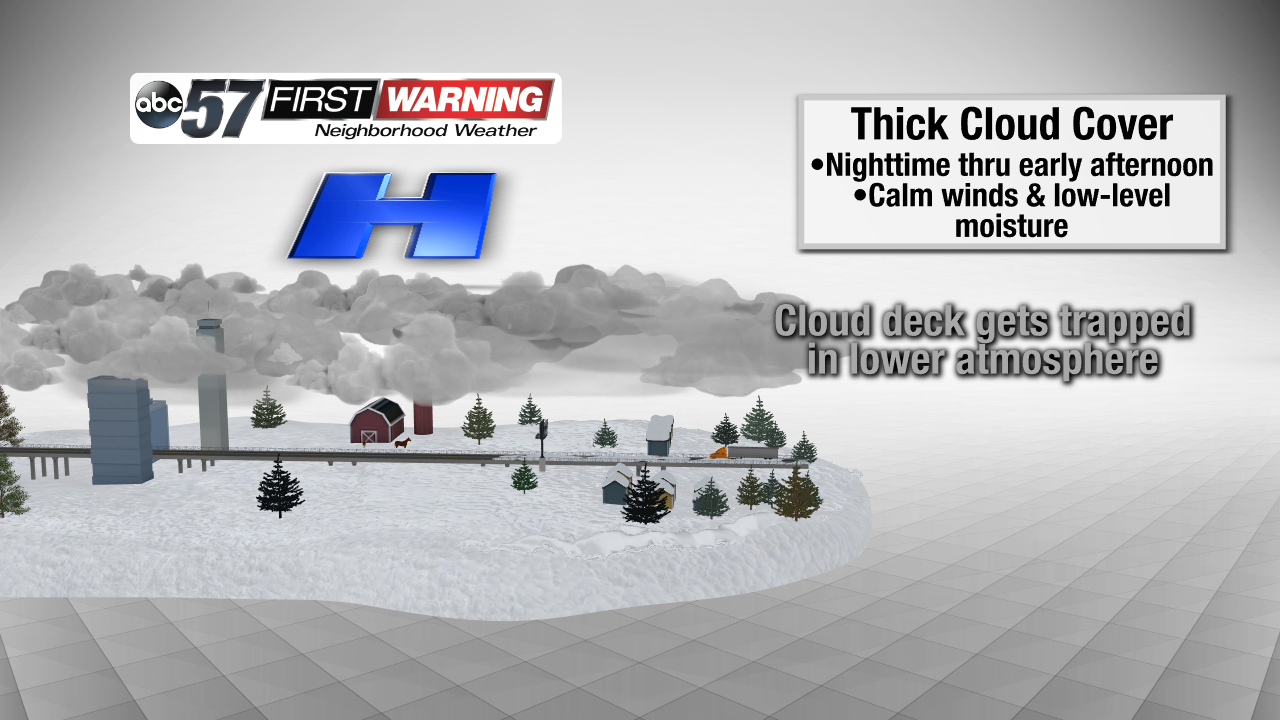 Once the sun sets, the same situation can develop again. Temperatures fall quickly during the evening and approach their dew point, thus creating that moist, saturated layer of air. With the temperature inversion (layer of warm air) around 4,000 feet and calm winds in place, a low-level cloud deck can form in that saturated layer. Then, once the sun comes up, it tries to warm things up and get rid of the cloud deck. Fortunately, this setup looks unlikely Monday night, which means sunshine should dominate from the get-go on Tuesday!
Share this article: