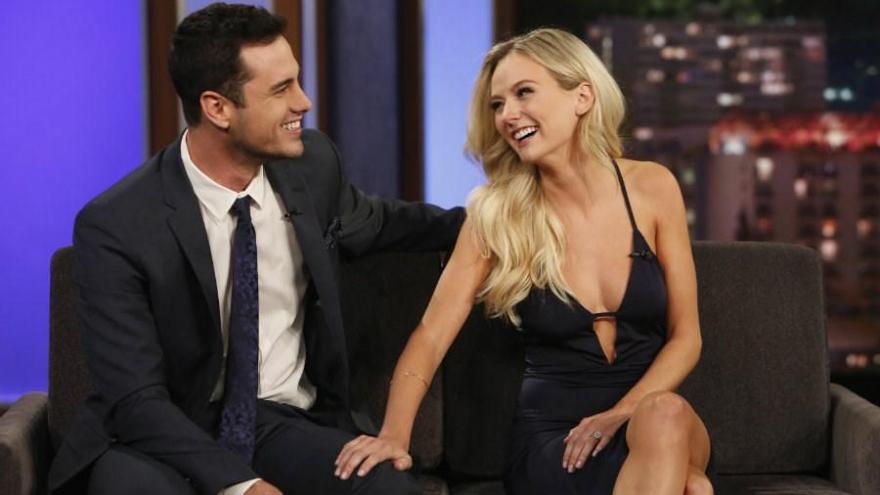 (CNN) -- You may be asking yourself why you continue to invest in "The Bachelor" since the the show's love connections rarely last.

Ben Higgins and Lauren Bushnell are the latest "Bachelor" couple to split.

"It is with heavy hearts that we announce our decision to go our separate ways," they told People in a statement. "We feel fortunate for the time we had together, and will remain friends with much love and respect for one another. We wish nothing but the best for each other, and ask for your support and understanding at this time."

The pair had a rocky start with Higgins professing his love to both Bushnell and runner-up JoJo Fletcher. They managed to stay together long enough to do a season of "Ben and Lauren: Happily Ever After?" on the Freeform channel.

Now that their "ever" has ended, here are three reasons why you should keep giving the ABC reality show a rose:

Isn't it really about the journey?

Sure many of the couples don't end up lasting forever, but think of all the wonderful, awkward first meetings, the cheesy fantasy suite moments and those exciting hometown visits.

Fans get to watch love unfold over a matter of weeks -- and sometimes even days when it gets right down to the wire.

It's kind of romantic if you think about it.

The odds of staying together seem to increase a bit when a woman is doing the picking in this franchise.

Out of 20 seasons of "The Bachelor," three couples are still together.

We would be remiss if we didn't mention here that Mesnick initially picked Melissa Rycroft, but ended his engagement with her on an "After the Final Rose" special to ask out Malaney, who was the runner-up.

"The Bachelorette" has had 12 complete seasons so far and boasts five couples still together, including the originals Trista Rehn and Ryan Sutter, who have been married since 2003.

Then there's "Bachelor in Paradise"

It's all worth it to get an additional show that brings together former contestants for even more drama and messiness.

ABC knows what the people want. For that reason, the network is now launching the spinoff "The Bachelor Winter Games," which is said to "take competitive dating to a chilling new level."

Fingers crossed it doesn't go the way of "Bachelor Pad," which never quite caught on and ended in 2012 after just three seasons.