Why the U.K. pound is still crashing 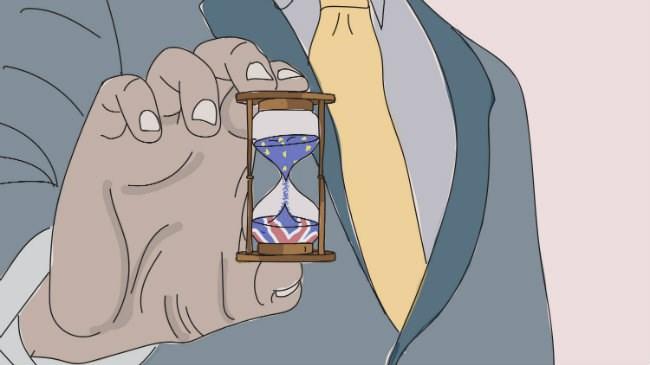 It suffered a flash crash in early trading Friday in Asia, suddenly plunging more than 6% to near $1.18, a fresh 31-year low. Soon afterward, it recovered much of its losses to trade around $1.24.

On Thursday, the pound had been trading around $1.26 as traders continue to worry about the future of the U.K. economy in the wake of the nation's Brexit vote.

The pound hasn't hit these levels since a currency crash in 1985. Strategists widely predict the pound will keep going lower.

So why is the currency worth 17% less than it was right ahead of the Brexit referendum? And why has this week been so punishing?

1. Politics: British Prime Minister Theresa May said on Sunday that the U.K. would begin the formal process of leaving the 28-member European Union by the end of March 2017. The country then has exactly two years to negotiate Brexit terms before it drops out of the EU.

May's comments caused the pound to drop sharply from the $1.30 level as it forced investors to reckon with the pressing possibility that the U.K. economy could be in much worse shape when it leaves the EU. Brexit is expected to hurt trade, business investment, jobs and consumer demand. The very mention of a timetable makes Brexit seem to be coming sooner than many investors had hoped.

2. Business and economics: U.K. Treasury chief Philip Hammond visited top Wall Street banks in New York on Thursday to reassure executives that their business interests in the U.K. would be taken care of. There are serious concerns that Brexit would spell an end to the U.K.'s free access to European financial markets, making the country a less attractive place for global firms.

Thousands of financial firms operating in the U.K. currently have "passports" that allow them to trade in Europe without establishing subsidiaries in each country. Those businesses are vital for Britain: the financial and related services sector accounts for 12% of GDP.

Hammond is also trying to present a business-friendly face after a top level U.K. politician announced this week that the government is considering forcing companies in Britain to reveal the number of foreign workers on their payroll.

This is part of a broad review of immigration policy aimed at reducing the number of people coming to Britain. (The Brexit vote was widely seen as a vote to reduce high levels of immigration into the U.K.)

This policy is "implying that too many foreign workers is a bad thing," said Paul Donovan, global chief economist at UBS Wealth Management.

"The U.K.'s challenge may be to persuade foreigners to invest in the U.K. if policy signals suggest the government regards foreign workers as second class," he said.

3. Central bank policy: The Bank of England helped prop up the U.K. economy in the immediate aftermath of the Brexit vote by pumping tens of billions into the financial system and cutting interest rates to a record low.

These kinds of moves keep cash pumping through the veins of the financial system, but also devalue the currency.

However, a devaluation could work in favor of Britons by giving a boost to London's multinational companies, who can see higher profits when selling their goods abroad in foreign currencies.

Separately, the Bank of England governor Mark Carney indicated Thursday that the central bank would maintain its independence in setting monetary policy.

Speaking at a panel in Washington, Carney also agreed with Prime Minister May's recent concerns that the current economy had not created a country with fair wealth distribution.

"I think the Prime Minister has signaled, as part of a broader agenda, of having inclusive growth in the United Kingdom, taking into account that some people are not made as well off as others are," he said.