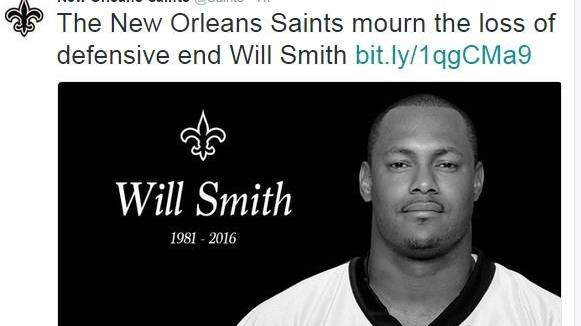 "The family is pleased" about the indictment, said Peter Thomson, an attorney for Racquel Smith. "We feel that this a step in the right direction toward justice in this case."

It was a chaotic day as the case began before a magistrate for a probable cause hearing, then moved to a new court and judge after the indictment was announced.

When Hayes, dressed in an orange jumpsuit, heard he had been indicted, he turned to where his supporters were sitting in the courtroom and mouthed, "Crazy, man."

John Fuller, one of Hayes' attorneys, was upset by the day's events, including what he said was the unprecedented act of announcing an indictment during a preliminary hearing. That's never happened in his almost 15 years as a defense attorney, he told reporters.

The trial judge, Camille Buras, ordered the prosecution to turn over its evidence and witness lists to the defense by May 17. The next hearing in the case will be June 3.

Defense: Full story not public yet

Hayes' attorneys have insisted he was not the aggressor, but rather a victim of a hit-and-run the night Smith was shot.

Police say the two men exchanged words, after which shots were fired. Smith's wife survived after being shot once in each leg.

Hayes stayed at the scene after the shooting and secured a witness, Fuller said.

He also maintains that an unidentified witness alleges she saw something "untoward" happen at the crime scene. And there may be potentially exculpatory video evidence of what occurred before the shooting, he said.

"We have reason to believe that a bystander recorded the events immediately prior to gunshots being fired, and that that footage was turned over to New Orleans police on the night that Mr. Smith died," Fuller said. "We want that video. ... It's going to show that my client is legally not guilty."

Hayes' defense attorneys served multiple subpoenas to police and EMS officials who responded to Smith's killing, along with two men who dined with him that night: former Saints running back Pierre Thomas and former police officer Billy Ceravolo.

Violence in the Big Easy

Homicides have continued to plague New Orleans. Mayor Mitch Landrieu said as much Wednesday in a speech about reducing violence in the city.

"We are a city, we are a country, that is drunk on violence and we need to wake up to that fact," he said.

Since Smith's death, six other people have died in homicides in New Orleans, but with little fanfare. The pain is felt by families of the killers as well as the victims, he said.

Standing in front of a photo collage showing the faces of the 1,003 people killed in the six years since he became mayor, Landrieu said, "It has been rightly said about all these murders that tragedy is on both sides of the gun."

The problem affects the whole nation. Some 650,000 people have died in gun violence in the United States since 1980, more than the number of Americans killed in all wars in 100 years, he said.

Locally, the city government has tripled funding for recreation and launched innovative programs in the schools, he said.

The city instituted NOLA of Life, a program designed to improve community relations, and Group Violence Reduction strategy, which aims to guide young men involved in gangs away from violence.