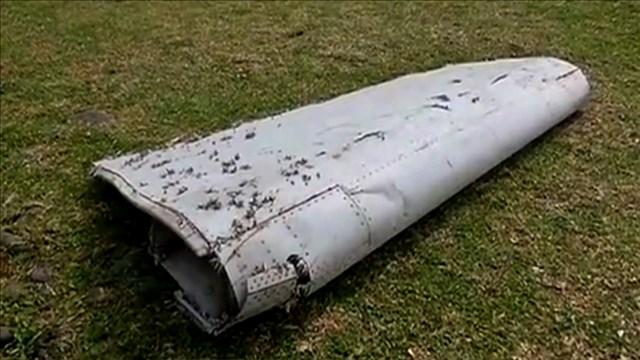 The piece of debris was found in late June on Pemba Island, in the Indian Ocean near the mainland. The piece, believed to be part of the outboard wing flap of the missing Boeing 777, was transported to Australia and analyzed by the country's Transport and Safety Bureau.

"The experts will continue to analyze this piece to assess what information can be determined from it," said Darren Chester, minister for Australia's Infrastructure and Transport.

So far, debris believed to be from the aircraft, which disappeared in March 2014, has also washed up on Reunion Island and in Mozambique, Mauritius and South Africa. One piece is confirmed to have come from MH370 while four other items are "almost certainly from the missing aircraft," according to Australian authorities.

"The debris pieces were located in areas consistent with drift modeling performed by Australia's Commonwealth Scientific and Industrial Research Organization and affirms the focus of search efforts in the southern Indian Ocean."

The debris hasn't brought much clarity to the mystery of where the plane may be. Malaysian Transport Minister Liow Tiong Lai said in a news conference last week that the debris cannot point search officials to where it came from.

Senior officials from the three countries involved in the search -- Australia, Malaysia and China -- announced earlier this month that the effort to locate MH370 will be suspended and rethought if the missing plane isn't found in the remaining search area. Less than 10,000 square kilometers are left.

Ministers have reiterated that the effort to find MH370 has not been abandoned, but that they want to see if there are new, credible leads to pursue when they finish scouring the 120,000-square-kilometer "high priority" area.