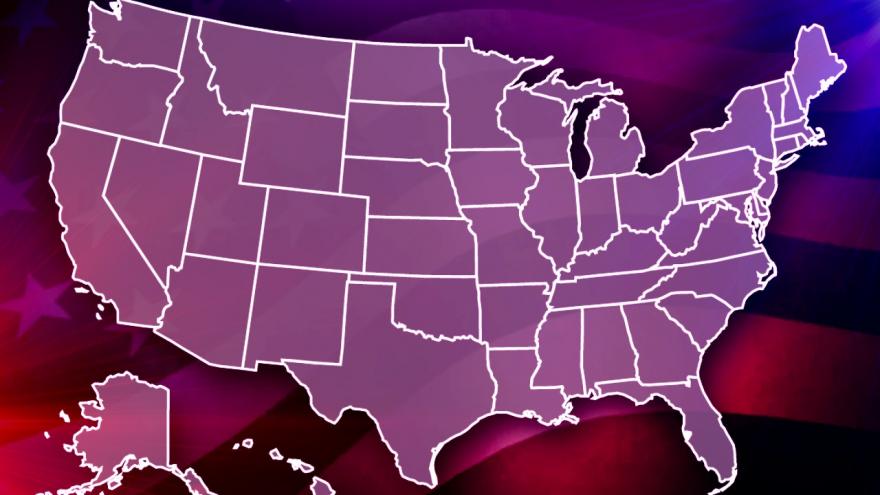 At issue is partisan gerrymandering -- or the length to which legislators go when they manipulate district lines for partisan advantage.

Harris, a plaintiff in the case, has studied tortured district maps, she's pored over legal briefs replete with raw data and mathematical calculations and she believes it all boils down to one thing: an individual's right to vote.

"I feel like I'm no longer represented," she said in an interview.

Harris and other voters, represented by the Campaign Legal Center, are challenging maps drawn in Wisconsin that they believe were drawn unconstitutionally to benefit Republicans.

Last fall, they won a groundbreaking case when a lower court held that that Wisconsin's redistricting plan was "intended to burden the representational rights of Democratic voters throughout the decennial period by impeding their ability to translate their votes into legislative seats."

The three federal judges on the panel for the US District Court for the Western District of Wisconsin concluded that the Republican-drawn maps "cannot be justified by the legitimate state concerns" and -- perhaps more importantly -- they articulated a legal standard to determine when the states had gone too far.

It's based on the purpose, effect and justification of the maps.

Wisconsin's Attorney General Brad D. Schimel raced to the Supreme Court after the lower court ruled. "This court has never found that a state legislature engaged in unlawful partisan gerrymandering," his lawyers told the justices in briefs.

On October 3, the high court will grapple with the issue in the case docketed as Gill v. Whitford.

Justin Levitt, a professor at Loyola Law School, said that the case could reach far beyond Wisconsin. "Any standard the court sets in this case will affect the rules for drawing federal, state and local districts, across the whole country," he said.

State lawyers contend that Democrats have no legal right to bring the challenge and that the maps are in compliance with traditional redistricting principles such as compactness and contiguity. And, on a threshold issue, they say that the court lacks jurisdiction to hear the case.

It's that last point that will be a bone of contention going forward as the justices think back to a case from 2004 when the court denied a partisan gerrymander claim out of Pennsylvania.

Writing for a plurality, Justice Antonin Scalia said that political gerrymander claims aren't something that courts have the capacity to evaluate "because no judicially discernible and manageable standards for adjudicating political gerrymandering claims have emerged."

But one key justice, Anthony Kennedy, wasn't completely on board with his conservative colleagues back then. He concurred in the judgment but wasn't willing to bar all future claims. In other words, he refused to say never because a rationale may yet be found in future cases.

That day may or may not have arrived for Kennedy if he accepts the lower court's standard. As is often the case, the 81-year-old justice could be the swing vote.

The justices have sent an early signal that they may be divided. In June, after they agreed to hear the case, they issued a brief, separate order. Wisconsin had asked that the maps be allowed to remain in effect while the justices consider the case.

Harris, who is now 75 years old and a retired school principal, came to Wisconsin as a child with her parents who had left Louisiana in search of work. At first, they lived in predominately African-American neighborhoods but later moved to more integrated neighborhoods. She has voted in every election that she can remember.

"I always felt that our vote mattered," Harris said. "We lived in communities where we felt we had access to our legislators."

As an adult, she held neighborhood meetings in her home and congressional representatives would come "to tell us what was happening in the legislature."

Harris said all that changed after 2010. Republicans, she said, changed the boundaries of the district.

"Poof! All of a sudden we were in a district where Democrats could not elect a candidate. It robbed me of my voice," she said.

"I do understand elections have consequences," Harris said. "You can't make everything absolutely equal in every district, but you also don't need to artificially manipulate the districts so that one party has an unreasonably strong advantage."

Levitt notes that while the Supreme Court challenge is about alleged Republican misbehavior, there is a similar challenge in Maryland to lines drawn by Democrats.

"Each party has rigged the lines when it's been in control," said Levitt.

For Texas Attorney General Ken Paxton, that's the point. He has filed a friend of the court brief in support of Wisconsin on behalf of 16 states.

In his brief, he noted that the Supreme Court has "repeatedly recognized that legislative reapportionment is an inherently partisan task" and that he thinks that battle should not be moved from the political branches to the jurisdiction of the courts.

"The district court's decision invites openly partisan policy battles in the courtroom," Paxton argued. He insists if the lower court opinion is allowed to stand it will expose "every state to litigation under a legal standard so indeterminate that any party that loses in the legislature has a plausible chance of overriding that policy decision in the courts."