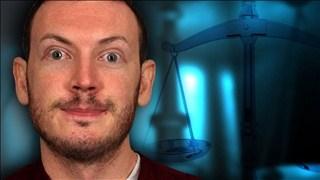 Police Sgt. Gerald Jonsgaard surveyed the carnage of a mass shooting inside a crowded movie theater. Then he saw her.

She was a 6-year-old girl and seemed lifeless.

She was the youngest victim in one of the worst mass killings in U.S. history. Its aftermath was a scene of screaming, blood everywhere and the odor of bodies ripped open by gunfire, witnesses testified this week.

Jonsgaard, a 36-year veteran, just couldn't take his attention off Veronica Moser-Sullivan, though she seemed dead. It was something about her age, he explained. She was such a little girl.

"I wasn't keeping a child in that crime scene," Jonsgaard testified Wednesday. "I didn't want my officers stepping over (her)."

As the murder trial of accused gunman James Holmes began this week, prosecution witnesses provided a vivid, horrifying image of the interior of the Aurora movie theater where the mass shooting happened in June 2012.

Holmes, 27, a former doctoral student in neuroscience, is standing trial on charges of capital murder and other offenses. He is accused of killing 12 people and injuring 70 more. He faces 165 counts. Holmes has pleaded not guilty by reason of insanity. Prosecutors have said they will seek the death penalty.

Nine months pregnant
Katie Medley was just a week away from delivering her baby when she and her husband went to see the new Batman movie "The Dark Knight Rises" at a midnight show.

They picked a seat that would give them a quick exit in case she went into labor.

Medley saw someone interrupt the movie.

"I saw him step in. He was wearing a (gas) mask and Kevlar. He had a longer gun with a scope on it," Medley said.

Medley and many other theatergoers dived for the floor.

But not her husband, Caleb.

He was still seated. His wife couldn't understand why, she testified.

"I looked up because I wanted to ask him, like, what are you doing, why are you still sitting in the chair and that's when I saw blood pouring from his face and I knew that he had been shot in the head," Medley said.

She thought he was dead. He wasn't. But he was shot in the eye. She later noticed he was breathing and choking on his own blood, she said.

Fearing the gunman would kill people row by row, Medley decided to save herself and her pregnancy, and she grabbed her husband's hand.

"He squeezed my hand," Medley said. "I told him that I loved him and that I would take care of our baby if he didn't make it."

Giving birth while husband is in brain surgery
Her husband was taken to the hospital, where the "doctor made it pretty clear it was bad," Medley said. "He had lost his right eye and had significant brain damage."

Two days after the July 20, 2012, shooting, Medley went into induced labor and gave birth to a boy, Hugo, in the same hospital where his father, Caleb, was fighting for his life.

"He was literally in brain surgery when I was in labor," Medley testified.

It was his third brain surgery since being shot.

Caleb Medley survived the shooting after being placed in a medically induced coma for about four weeks. But he cannot walk and can barely speak.

In his own testimony on Tuesday, Caleb Medley responded to a prosecutor's questions through an interpreter. He also answered with grunts and by pointing to letters on a board to spell out his responses. He spelled out his last name that way, and he uttered a grunt to confirm he was married to Katie Medley.

"Mr. Medley, did you go to the Century 16 movie theater in Aurora, Colorado, on July 19 of 2012? Could you spell that answer, please?" a prosecutor asked.

Y-E-S were the letters that Caleb Medley chose.

"No more questions," the prosecutor said.

‘Take me to heaven'
Rita Paulina recounted how she was shot and felt she was about to bleed to death in the cinema.

She had a bullet in her leg and two more in her arm, and she told her husband, Anggiat Mora, to save himself and their son, Prodeo.

"I told my husband, ‘Just leave me here, you go out with my son. I'm ready to die here,' " Paulina said. "My husband said, ‘No, we promised we'd go together back to Indonesia next year.' "

Her husband pulled her out of the theater and then carried her on his back.

"I prayed to God that if I would have died there, he would take me to heaven," she testified.

Shock and tears
This week's testimony occasionally prompted weeping among victims and relatives in the gallery and even among jurors.

During such testimony, Holmes seemed to listen but showed no emotion. His parents, Bob and Arlene, are attending the trial, sitting slightly behind their son and next to journalists. The parents had a new box of tissues at their feet for the trial's opening day Monday, but didn't seem to use any of them. Arlene Holmes occasionally cupped her hand near her mouth Wednesday.

The media and Holmes' family, including his uncle on Monday, sat on one side of the gallery. Survivors and relatives of victims sat on the other side.

Many relatives and some jurors cried Monday when Aurora police Sgt. Michael Hawkins testified how he tried to save 6-year-old Veronica Moser-Sullivan.

Trying to save the girl
Kaylan Bailey was 13 years old when she went to the movie, she testified.

Now 16, she thought the gunman "was originally a prank," she testified.

Then, she said, "this rocket thing shot across the theater."

Veronica's mother used her own body to cover her daughter, Bailey said.

"I remember she kept screaming Veronica's name, and I kept telling her that she was OK," Bailey said.

Bailey put her hand on Veronica's stomach and felt her breathing. But then it stopped, Bailey said.

"She told me to give Veronica CPR and I told her that I couldn't because Ashley, her mom, was on top of her and I couldn't reach her chest," Bailey said.

Authorities tried to clear the cinema in case there was a second shooter.

"If it's got a pulse, get them out of here," testified Officer Annette Brook, who has been on the Aurora force for 23 years.

Prosecutors respond to insanity defense
Holmes admits to the shootings but has said he was suffering "a psychotic episode" at the time, according to court papers filed in July 2013 by the state public defenders, Daniel King and Tamara A. Brady.

During opening statements this week, District Attorney George Brauchler told the jury that two court-ordered "sanity exams" conducted by Dr. Jeff Metzner and Dr. William Reid concluded "that the guy was sane" -- referring to Holmes -- when he allegedly opened fire at the theater. The results of the two exams had been under seal before the trial.

Brauchler said the two doctors may have come up with different diagnoses for Holmes' mental illness, but they agreed he was not insane and they agreed he had a "superior intellect." He reportedly told doctors he believed he could increase his self-worth by killing people.

A video of Holmes and a psychiatrist
Prosecutors showed a video in court of a discussion between Holmes and Reid during the second sanity examination, on July 31, 2014.

"I only count fatalities," Holmes told the psychiatrist.

Reid asked if there is a difference between the wounded and the deceased.

"Yes," Holmes said. "The dead can't be repaired or come back to life or be normal again."

The doctor asked if that was something positive.

What about the wounded, the doctor asked.

Survivors and victims' relatives gasped in the gallery and emitted sounds of disgust.

Holmes' notebook
Prosecutors also revealed for the first time the contents of Holmes' notebook, which was initially addressed to his mom, dad and sister, although he eventually sent it to his University of Colorado psychiatrist, Dr. Lynne Fenton.

Brauchler said that within the notebook, Holmes talks about the meaning of life and death and about what he thinks is wrong with him.

"He also talks about longstanding hatred of mankind," the district attorney said.

The notebook reportedly includes a detailed analysis of how to attack the theater.

Prosecutors also showed photos of Holmes taken before the mass shooting: He was wearing black contacts, with bright orange hair and his tongue sticking out. Holmes posted the photo on Adult Friend Finder, a website for individuals looking for sexual relationships.

Holmes told Reid during the second sanity exam that he wanted to "look dangerous" in the photos, prosecutors said. Holmes also said he was more likely to be remembered as someone more than mundane.

Many of the relatives are asking the media to withhold Holmes' name from their stories because the families assert that mass killers commit atrocities for publicity and attention.

Holmes now has a different appearance, with short brown hair, glasses, a slight beard and mustache.