Witnesses did nothing to stop brutal attack 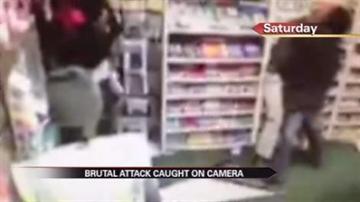 DETROIT — A 64-year-old man was brutally beaten, stabbed and robbed in a gas station and witnesses did nothing to stop it.

The clerk called police but the other two people in the store hid and yelled at the victim. One even pushed him towards the attacker, while the other tried to get his change back while it was happening.

The attacker grabbed the cash and made a run for it with a mere $20.

Police are still looking for the attacker.

The man who was attacked is in critical condition.