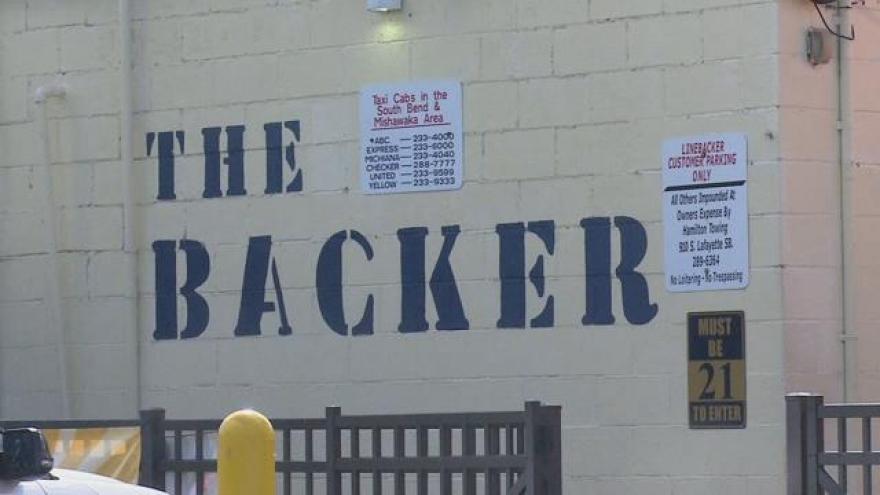 Witnesses are sharing what they saw after Notre Dame senior cornerback Devin Butler was arrested Friday evening. Police say he assaulted a South Bend officer in the parking lot of the popular Linebacker Lounge.

“We saw a cop swerve into the road and go on the opposite side without his lights on and like go into the backer,” said one witness, who didn’t want to be named.

“It seemed like something important happened, but we didn’t know what it was,” she said.

South Bend police were on the scene due to another incident and before they left, two women began fighting, one was kicked by the other.

“I heard conflicted reports if he was breaking up a fight like some people say then obviously I don’t think he was at fault,” said another witness who didn’t want to be named.

That’s when a police officer tried to stop him, and he became aggressive. He picked the police officer off of the curb, tackled and repeatedly punched him continuing to threaten the officers.

“He was faced down on the ground behind it handcuffed and there were like three officers surrounding him. That’s all I saw it was after he got tazed,” said one witness.

Then police brought him into custody.

“When he did get up he just seemed pretty sad,” said one witness.

Butler is expected to appear in court on Wednesday and head coach Brian Kelly announced yesterday that he is currently suspended indefinitely.