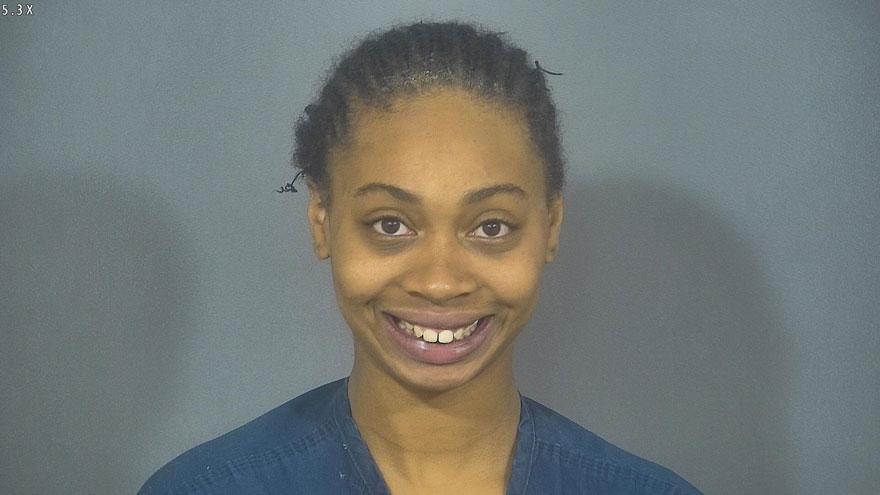 ST. JOSEPH COUNTY, Ind. -- A woman was arrested for allegedly biting one officer and kicking another officer as they attempted to take her into custody at a South Bend bar, according to court documents.

On August 19, South Bend Police were called to Brothers when Tiera Marie Thomas refused to leave the bar despite repeated requests for her to leave.

As the first officer began explaining to Thomas she was not welcome at the bar, she kicked a Brothers sign and broke it, reports said.

She left, then returned and tried to get back into the bar, reports said.

Thomas then followed the officer and yelled at him repeatedly. The officer finally decided to detain Thomas and as he attempted to place her in handcuffs she bit him on the leg twice, according to the probable cause affidavit.

After Thomas was put into the back of a patrol car she began kicking the windows of the vehicle, reports said.

Another officer opened the door of the vehicle to attempt to put Thomas in leg restraints, but she kicked him in the chest and groin multiple times, reports said.

Thomas was then transported to the jail where she attempted to kick police officers, correctional officers and a nurse, according to the probable cause affidavit.

Thomas has been charged with two counts of battery against a public safety official.