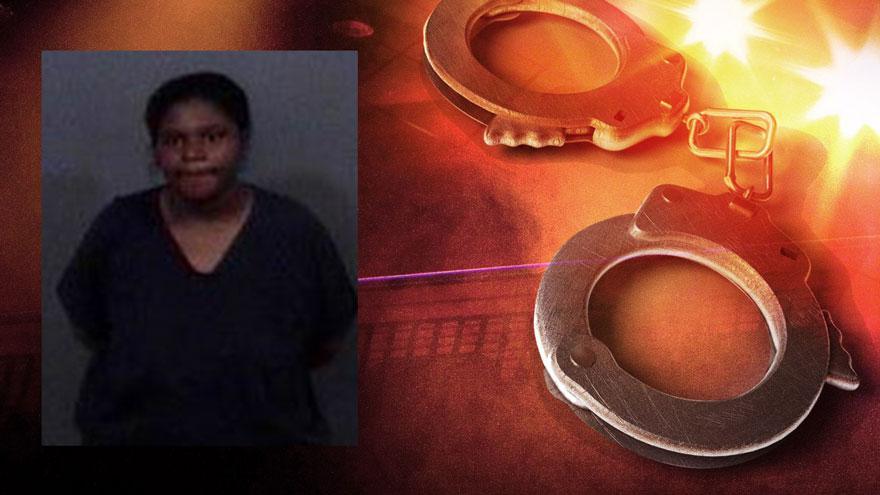 SOUTH BEND, Ind. -- A woman has been charged for allegedly biting a South Bend Police officer who was trying to get the woman to comply with his orders, according to court documents.

On August 14, South Bend Police responded to a 9-1-1 hangup call at an address on S. Illinois Street. The caller said "hurry up, he has a gun," then hung up, according to reports.

When officer arrived he was advised the suspect was walking in a nearby alley.

The officer located the suspect, who ran from the officer.

The chase ended near a dark colored van in the 3700 block of Ford Street.

A woman who was sitting in the van was ordered to step out of the van by the officer.

After hesitating, she stepped out of the van, but not away from it, reports said.

The officer grabbed the woman by the arm to pull her away from the van, but she pulled away, reports said.

The woman physically resisted the officer's attempts to move her away from the van, according to the probable cause affidavit.

Officers took the woman to the ground and she rolled, kicked her legs and refused to put her hands behind her back, according to police.

The officer said the woman then bit him on the forearm, reports said.

A taser was deployed and the woman was handcuffed.

The woman, identified as Asia Brumfield, has been charged with resisting law enforcement and battery resulting in bodily injury to a public safety official.