Woman accused of fighting with officers at hotel 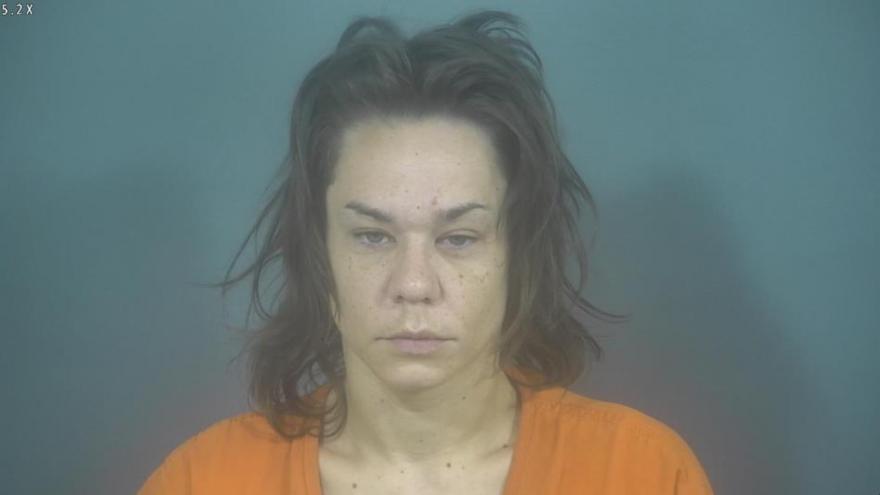 ST. JOSEPH COUNTY, Ind. – A woman was arrested on Friday after allegedly fighting with and resisting police during a disturbance at a hotel, according to the probable cause affidavit.

Officers with the Mishawaka Police Department were called to a hotel on University Drive for a report that a man and a woman were fighting and throwing beer bottles at each other.

When an officer arrived, he found a woman who matched the description given in the complaint. The woman was eventually identified as Ashley Turner.

The officer tried to speak with Turner but Turner became irritated and allegedly refused to give her name or identification when asked, according to reports.

Turner then allegedly threw books and papers she had with her and started to walk away, reports said.

The officer asked her to stop but she allegedly continued to walk away, shoving chairs in the lobby as she walked, according to police.

The officer tried to detain Turner but she spun around and allegedly started throwing her arms and hands at the officer, eventually hitting the officer in the face with a closed fist, reports said. The impact numbed the left side of the officer’s mouth.

Another officer then arrived on scene and helped put Turner in handcuffs.

As the second officer took Turner to the patrol vehicle, Turner allegedly tried to pull away multiple times, police said.

Officers searched Turner’s person before placing her in the vehicle and, in her front pocket, found a clear plastic baggy filled with a clear, rock-like substance, reports said.

The substance tested positive for methamphetamine during a field test, according to court documents.

Turner was arrested on the following charges:

Her initial hearing is set for February 7.