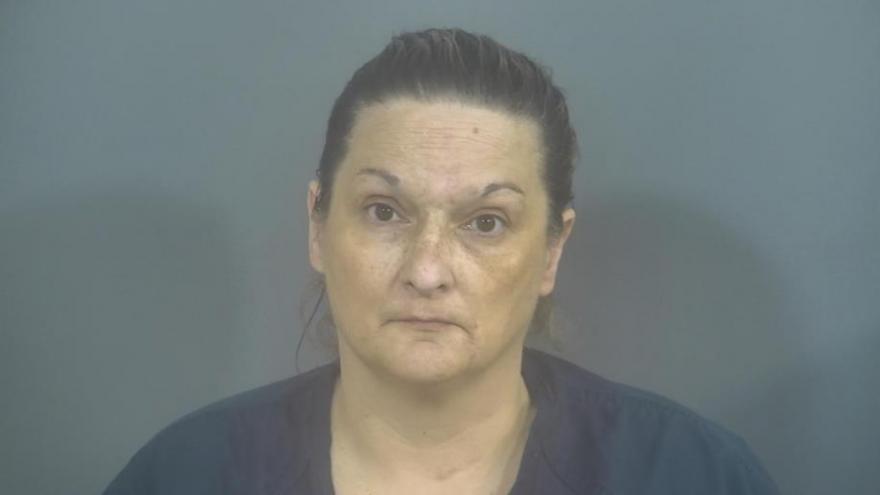 ST. JOSEPH COUNTY, Ind. – A woman was arrested for allegedly hiding a man with warrants from police, according to the probable cause affidavit.

On Thursday, a deputy with the St. Joseph County Sheriff’s Department went to a residence in the 500 block of 5th Street after learning a man wanted on warrants could be at the home.

When the officer arrived, a woman, identified as Jackie Barnes, opened the door.

The deputy told Barnes to get the man and bring him out.

Barnes closed the door and returned several minutes later. She allegedly would not confirm or deny if the man was at the home but indicated she wouldn’t give permission for a search of the home.

The deputy applied for and was granted a search warrant for the residence.

Before searching, the deputy asked if the man was in the residence, to which Barnes responded that she didn’t know and that she was sleeping, reports said.

The deputy entered a room, which was later identified as Barnes’s bedroom, and discovered a closet with multiple items stacked in front of it and the door closed.

When the deputy opened the door, he found the man under some clothing.

Barnes was arrested on the charge of assisting a criminal.