Woman accused of kicking 6-year-old out of car, driving off 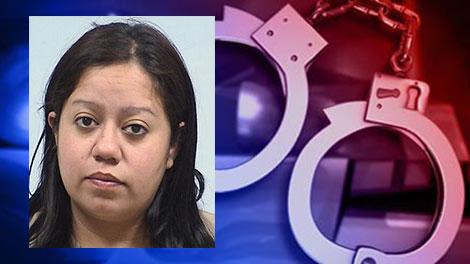 The Elkhart Police Department is investigating after a woman allegedly got mad at her 6-year-old child, kicked the child out of the car, then drove off. The woman is facing charges for allegedly being intoxicated.

According to reports, 31-year-old Veronica Trevino was driving to Elkhart and got upset with her 6-year-old child.
She stopped her car and allegedly told the child to get out of the car.

When the child got out, the mother allegedly drove away.

Trevino told police she was planning to drive around the block and pick the child up, but got lost and couldn't remember where she dropped off the child.

While police were searching for the child, a citizen called and said they had located a child walking in the area of Princeton Boulevard and Taylor Street.

Police made contact with Trevino at 800 Prairie Street and she had her other child, a 7-year-old, with her.

Police said Trevino was intoxicated and was arrested for public intoxication.

The case remains under investigation by the Elkhart Police Department and Department of Child Services.