Woman accused of pushing strangers for 'no reason,' pulling gun 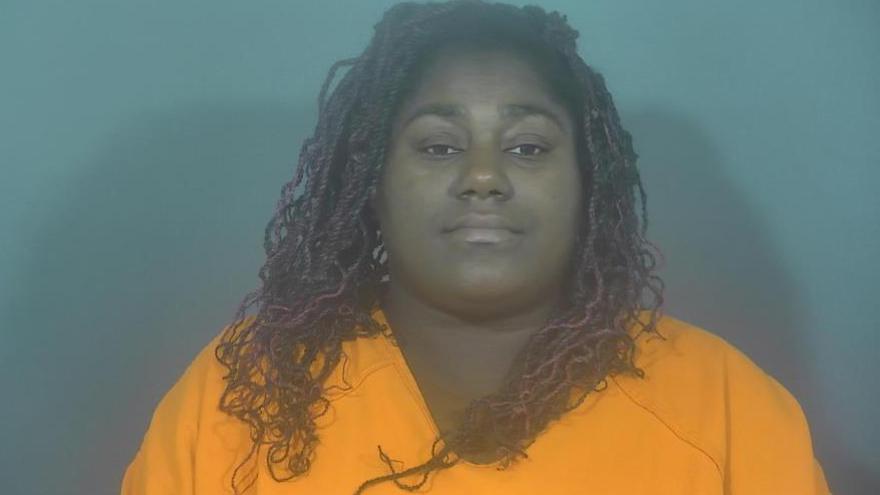 ST. JOSEPH COUNTY, Ind. -- A woman has been charged in three separate incidents where she is accused of pushing women for no apparent reason, and for threatening one of the women with a gun, according to court records.

On March 28, South Bend Police responded to the CVS on Edison for reports of a person being threatened.

When they arrived, the employee told police she overheard two women arguing in the store so she approached them to ask them to stop.

As she approached, she saw one of the women holding a long gun.

When she asked the two women to stop fighting, the woman with the gun, Shaina Marie Bradley, pointed the gun at her and said, “Do you want to die today?” according to the probable cause affidavit.

Bradley and the other woman left the store.

A detective investigating the case reviewed surveillance video from the CVS.

It showed a woman, later identified as Bradley, enter the store and within one minute, began arguing with another woman at the store, reports said.

Bradley then pulled out a long gun, reports said.

The other woman began retreating and Bradley attempted to strike the woman with the gun, according to the probable cause affidavit.

When the woman reached the cash register area, Bradley pointed the long gun at the woman and at the female employee, reports said.

Bradley left the CVS in a silver or gray Buick.

Another detective saw the video and recognized the suspect as Bradley because he had investigated two other incidents of women being pushed “for no reason.”

The first of the two other incidents happened on March 10 at the Dollar Tree on W. Western Avenue.

A shopper at the store reported a woman had walked up to her and pushed her for no reason. Police observed the surveillance video from the store that corroborated the shopper’s story, according to the probable cause affidavit.

While reviewing the surveillance video of the March 10 incident at Dollar Tree, the detective recognized the suspect as the same suspect from an incident on July 20, 2021 at a gas station.

At the Phillips 66 on North Portage Avenue, a woman said she was at the checkout windows when Bradley bumped into her, then said, “don’t be pushing on me,” reports said.

Bradley then allegedly pushed the victim and began swinging at her. The victim was hit on the right side of her face. Her glasses broke and caused a cut on her face, reports said.

The victim obtained the license plate of the vehicle Bradley drove.

When officers spoke with the registered owner of the vehicle in July 2021, they showed her a photo of the suspect in the gas station incident. The woman said she purchased the vehicle for Bradley, her daughter.

All of the officers involved in the three previous investigations went to the home of the registered owner of the vehicle.

Bradley was at the home and was taken into custody.

When asked why she pushed the woman at the CVS and pulled out a gun, Bradley said the woman called her a name, reports said.

A long gun, which was a pellet gun, was recovered from the Buick parked at the residence, police said.

Bradley was charged on March 31 with battery resulting in bodily injury for the July 2021 incident, battery for March 10, 2022 incident and one felony count of intimidation for the March 28 incident.