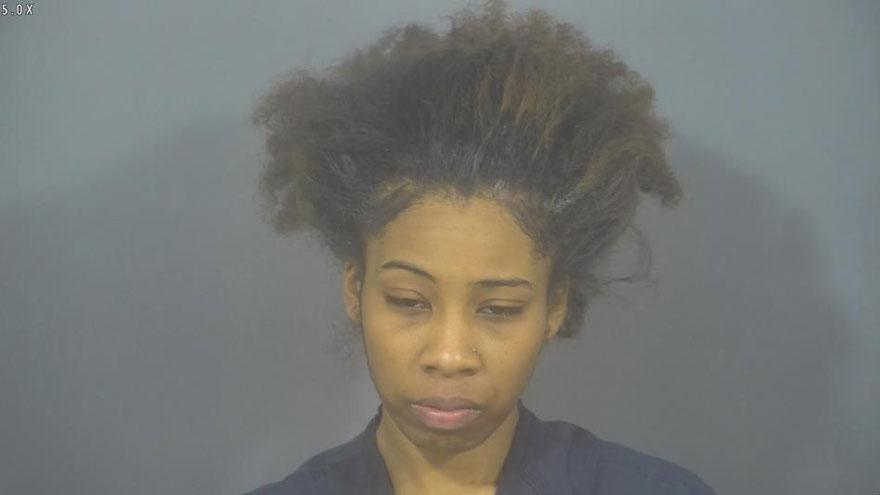 SOUTH BEND, Ind. -- The girlfriend of victim Civon Green has been arrested and charged with murder in the fatal shooting on Northside Boulevard, according to court records.

Marqisha Thomas has been charged with murder and a felony firearm sentence enhancement.

On April 18, neighbors in the 1300 block of 27th Street told police they heard gunshots around 8:30 p.m. They looked outside and saw a silver car being followed by a red SUV.

The red SUV followed the silver car in the direction of Northside Boulevard, then heard another gunshot from the area of Nuner school and called 911, reports said.

One of the neighbors followed the sounds of gunfire and located two cars in the middle of the street, Thomas standing near the cars and Green lying between the cars on the road, reports said.

Another driver stopped and attempted to render aid to Green.

Police said the SUV was driven by Thomas and the silver car was Green’s.

Thomas was taken to the South Bend Police Department for an interview.

She told police she and Green had a confrontation and both stopped their cars on Northside Boulevard.

Thomas said Green approached her car where her 9mm handgun was on the passenger seat, but she tried to stop him and the two struggled for the gun, reports said.

Thomas said Green stood up with the gun, then threw it and stood there upright for “8 or 2 minutes,” then Green said he was shot and started to fall, according to the probable cause affidavit.

She said she ran around the car and tried to help him. Thomas said she never heard the gun go off, but that it must have happened when they were struggling for the gun.

Police said during the 9-1-1 call, Thomas initially stated “someone shot him” then later said “He shot himself when we struggled for the gun,” according to the probable cause affidavit.

Thomas couldn’t explain the three shell casings in and around her passenger seat. She denied any other shots were fired that night, reports said.

The gun was located near the river, but the magazine had been removed. It was later located in the river, police said.

Thomas’ children, ages 5 and 7, were in the vehicle during the entire incident. The 5-year-old told investigators at the CASIE Center that her mom told them not to talk about what happened and feared getting spanked if they talked about it, reports said.

The 7-year-old refused to talk about what happened.

Investigators say the autopsy found no indication Green’s hands were on the gun when it was fired.

A gunshot wound to his abdomen was fatal. The range of the shot was close, but was not a contact wound.

Thomas is scheduled to be arraigned on Friday.