Woman airlifted after house fire, husband released from the hospital 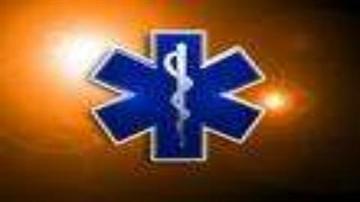 According to the couple's caregiver, Robert Davis, Leonard Bramsome and Susan Columbus were inside the home when the fire started.

Bramsome told Davis that he saw sparks coming from the surge protector but wasn't able to get them out before they started flames that quickly overtook the living room.

"He said he saw it sparking and couldn't get to it in time because he is disabled," Davis said.

According to Davis, Bramsome has had a series of medical conditions that has caused him to be confined to a motorized scooter.

Bramsome was trying to get his wife out the back door when she was overcome by smoke and passed out.

The couple was rushed to St. Joseph Regional Medical Center. Bramsome was released around 11 p.m. his wife was airlifted to a hospital in Fort Wayne in critical condition.

Her current medical condition is not immediately available.

The State Fire Marshal got on the scene around 10:30 p.m.

An official preliminary cause to the fire has not been released.

Officials with Clay Fire said that 50% of the home was destroyed.

There were several pets inside the home at the time of the fire, all were rescued safely.