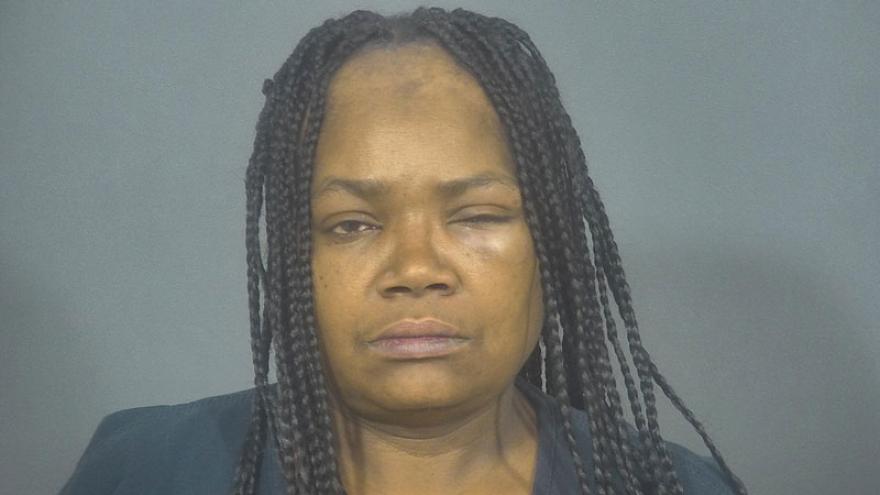 ST. JOSEPH COUNTY, Ind. -- A woman has been charged with battery for allegedly cutting a man with a knife when he wouldn't give her $20, according to court records.

On July 22, 2019, Mishawaka Police were dispatched to a residence on Island View Lane in reference to a stabbing.

The victim told police he had earned $60 in cash for cleaning a house. When he arrived at the apartment on Island View Lane, Charlotte Griffin asked him for $20, reports said.

He refused to give Griffin cash, so she told him to leave the apartment, reports said.

The victim attempted to go speak with another resident of the complex when Griffin grabbed a pocket knife and swung it towards the victim, according to the probable cause affidavit.

The victim was cut on the back of his hand/wrist area, reports said.

Griffin told the victim to go to the hospital but tell them he accidentally cut himself so she wouldn't go to jail, reports said.

Griffin's son spoke with investigators after the incident. He said his mother woke him up with a knife in her hand, and said she was just trying to scare the victim, report said.

On July 25, Griffin spoke with detectives. She said the victim owed her money so when he refused to give her $20 she pulled out the knife to scare him, according to the probable cause affidavit.

Griffin said they had all been drinking, according to reports.

Griffin was charged with one count of battery by means of a deadly weapon.