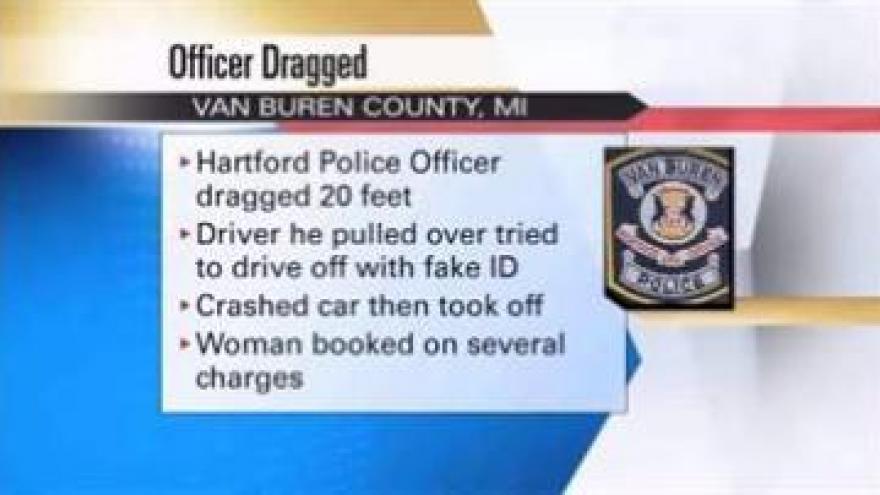 VAN BUREN COUNTY, Mich. -- A Hartford Police Officer was dragged about 20 feet after the woman he had pulled over tried to drive off after allegedly giving him a fake ID.

A chase ensued where 27-year-old Tiffani Oliver allegedly tried to ram several of the patrol cars.

It ended when she crashed the car into a ditch and took off on foot. She was found by a K-9 unit hiding in a heavily wooded swampy area.

Oliver has been charged with fleeing and eluding police, resisting and obstructing police, assault on police officer and operating under the influence.

The officer was treated and released from the hospital.