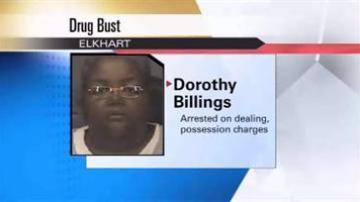 ELKHART, Ind. -- Some residents at an apartment complex in Elkhart complained to police about drug activity going on in the building.

Detectives also said there was evidence that the drugs were being sold.