Woman arrested in death of Kim Jong Un's half brother 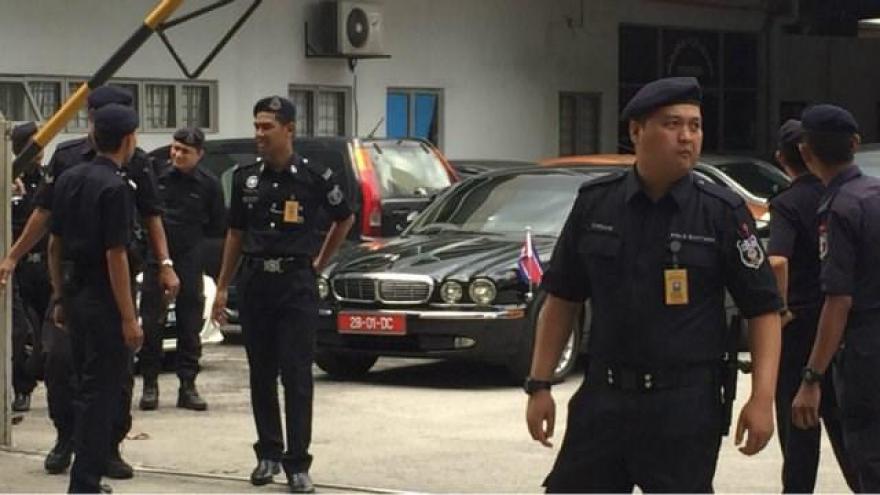 HONG KONG (CNN) -- A woman has been arrested in connection with the death of Kim Jong Un's half brother, Malaysian police said.

Investigators are awaiting the results of an autopsy on his body.

Lee did not say how Kim was poisoned or how South Korea obtained the information. Kim's death has not been publicized in North Korea and is unlikely to be, given political sensitivities, according to CNN's Will Ripley, who is in Pyongyang.

Kim was boarding a flight to the island of Macau, a Chinese territory, to visit his family when he was attacked, Lee said.

He was spotted dining at one of Macau's ritzy hotels a little more than a week ago, a restaurant employee said.

Kim went to a counter at the Kuala Lumpur airport asking for help, the Royal Malaysia Police said.

A Malaysian official told CNN that he was then taken to an airport clinic, which decided to send him to the hospital. He died en route.

"The deceased ... felt like someone grabbed or held his face from behind," Selangor State Criminal Investigations Department Chief Fadzil Ahmat told Reuters.

South Korea's Unification Ministry said Wednesday it was working with Malaysian authorities, while the acting leader discussed the death at a National Security Council meeting.

The North Korean Embassy in Malaysia said it had no information about Kim's death when contacted by CNN, but a car with a North Korean flag was seen entering the hospital mortuary, where Kim's body is believed to be held.

Unsubstantiated reports of how Kim was attacked have circulated, but Malaysian police are providing few details.

The Malaysian inspector general of police said in a statement Tuesday the deceased North Korean man was traveling with a passport bearing the name Kim Chol.

Kim, who was in his mid-40s, had a reputation for traveling on fake passports -- doing so may have even been tied to his fall from grace in his home country.

Kim was the most public of all Kim Jong Il's sons before half brother Kim Jong Un took power. It was reported he lost favor with his father after he used a forged document to try to visit Tokyo Disneyland in 2001.

His absence from his father's funeral in 2011 fueled rumors he had been banished from North Korea.

Image as a playboy

Kim Jong Nam was the son of Kim Jong Il and Song Hye Rim, one of the late ruler's favored mistresses.

Kim Jong Nam didn't believe his half brother had the ability to lead North Korea properly, according to Yoji Gomi, author of the 2012 book "My Father, Kim Jong Il, and Me."

But he never actually met Kim Jong Un due to the North Korean practice of raising potential successors separately.

After his departure from North Korea, the older Kim became known as an overweight and careless playboy, who was willing to speak out about his family.

"He spoke out against his father's 'military first' policy," Gomi told CNN in 2012. "He wants North Korea to embrace economic reform and open its doors."