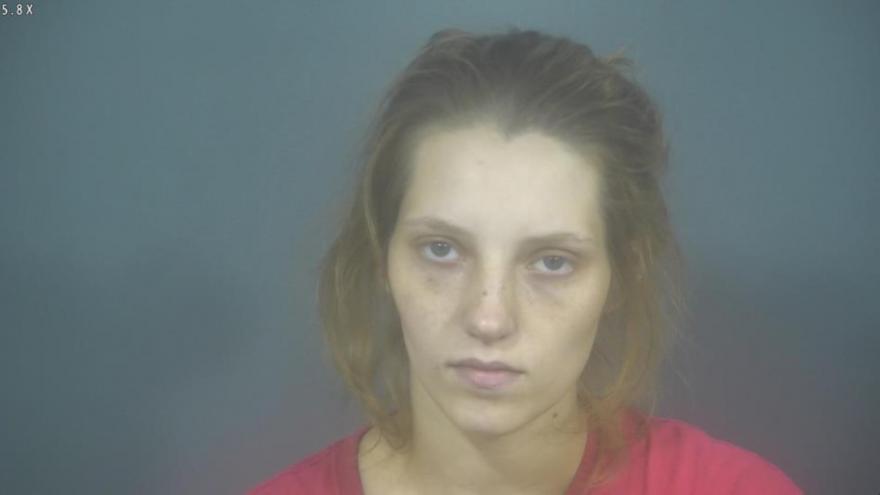 ST. JOSEPH COUNTY, Ind. – A woman has been charged with neglect of a dependent and operating a vehicle while intoxicated endangering a person for allegedly driving intoxicated with a child in the car, according to the probable cause affidavit.

On August 3, an officer with the Walkerton Police Department was called to a fast food restaurant for reports of a potentially impaired driver.

Dispatch said a black Buick had been traveling in the wrong lane on S.R. 23 and was now in the parking lot of the restaurant.

The officer saw a Buick leave the parking lot and turn onto Roosevelt Road and then onto Indiana Street in Walkerton.

The officer then initiated a traffic stop after seeing the Buick travel left of center into oncoming traffic, according to court documents.

The driver was identified as 20-year-old Autumn Carlisle. A 1-year-old child was also found in the vehicle.

The officer noticed Carlisle had slurred speech and an unsteady balance, according to court documents.

Carlisle told the officer that she smoked marijuana at home, according to the probable cause affidavit.

The officer administered the Standardized Field Sobriety Test and observed multiple signs of impairment, according to court documents.

Carlisle refused to submit a blood draw after the officer advised her of Indiana implied consent, according to court documents.

The officer detained Carlisle and a relative arrived to take custody of the child.

Carlisle agreed to submit to a blood draw after the officer obtained a search warrant.

Carlisle is charged with one count of neglect of a dependent and one count of operating a vehicle while intoxicated endangering a person, according to the probable cause affidavit.

UPDATE: Carlisle pleaded guilty to neglect of a dependent and operating a vehicle while intoxicated on January 25, 2022. She was sentenced to 12 months in prison on each count with the sentences running concurrently. The judge suspended 359 days to probation and gave Carlisle credit for six days served. Carlisle's driver's license was suspended for 180 days.