Woman charged with murder in death of man on Laurel Road 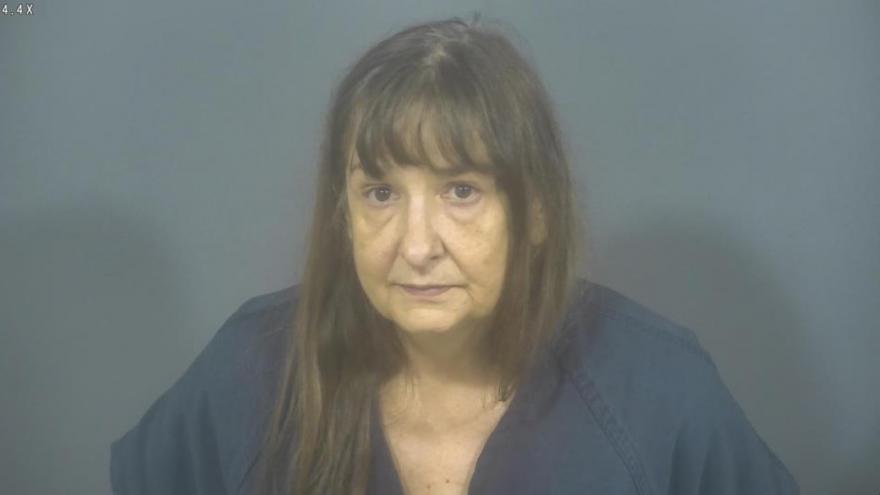 ST. JOSEPH COUNTY, Ind. – Rebecca Powell has been formally charged with murder in the death of Geoff Delusignan, according to the probable cause affidavit.

On Tuesday, police were called to a home on Laurel Road in South Bend for a report that a man was possibly injured.

The 911 caller said her sister had gone to the Laurel Road home to check on their mother, 63-year-old Powell, at the request of Powell’s boyfriend, 66-year-old Delusignan.

Once the daughter was at the house, she saw what she believed was Delusignan’s legs sticking out from behind a piece of furniture, reports said. The woman then called her sister and asked her to call the police.

The caller told dispatch that Powell suffered from psychosis and asked for a welfare check, according to reports.

When officers arrived at the home, Powell answered the door.

As she opened the door, the officer looked into the house and saw a man, partially covered with a blanket, on the floor, according to court documents.

Blood could be seen around the man, later identified as Delusignan.

Delusignan appeared to suffer from gunshot wounds and was pronounced dead at the scene.

When the officer looked at Delusignan’s body, Powell allegedly glanced towards Delusignan and said, “Well, he killed my nephew,” according to reports.

Powell was placed in restraints and taken to the St. Joseph County Detective Bureau.

Without being questioned, Powell allegedly asked the officer, “Did I get him good?” reports said.

At the bureau, Powell allegedly asked if she was going to get in trouble and said, “I did the right thing,” according to the probable cause affidavit.

One of Powell’s daughters later told officers that when Delusignan called her, he sounded concerned about Powell’s mental state.

He allegedly said, “Mom said I killed her nephew and she’s gonna shoot me,” according to reports.

Both daughters told officers this did not make sense because Powell only had one nephew who died years ago from an accidental choking, reports said.

The daughter said that after Delusignan called her, she went to the house and immediately became afraid when she saw Delusignan’s legs on the ground, reports said.

She said she knew her mother tends to have psychotic episodes.

During a search warrant of the Laurel Road residence, investigators found multiple firearms and at least one shell casing.