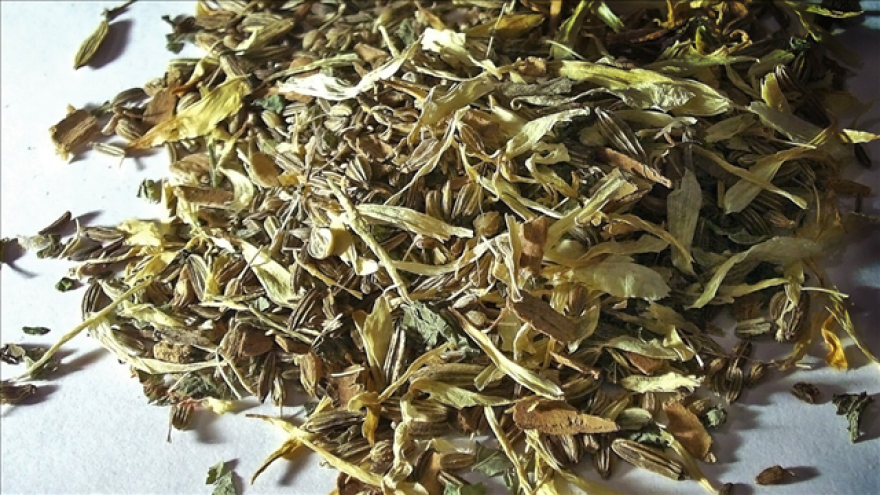 The woman, who was in her 50s, became "critically ill" in February after drinking tea made from leaves she purchased at the the trading company, according to a news release from the San Francisco Department of Public Health.

Shortly after drinking the tea, she experienced "weakness and life-threatening abnormal heart rhythms," which required resuscitation and immediate medical attention. She remained hospitalized and died in the hospital on Saturday, according to public health officials.

In a separate incident, a man became ill after consuming tea made from a different blend of leaves purchased at the same San Francisco herbalist. The public health department announced that he recovered and was released from the hospital on March 12.

San Francisco health officials did not identify the people who became ill.

A lab test found aconite, a plant-based toxin, in the patients and the tea samples taken from the trading company. Public health officials removed the tea products consumed by the patients from the shelves of the store and are tracing the sources of contamination.

"Anyone who has purchased tea from this location should not consume it and should throw it away immediately," said Dr. Tomás Aragón, health officer for San Francisco, in a statement. "Aconite poisoning attacks the heart and can be lethal."

Aconite is a wild plant also known monkshood, helmet flower, wolf's bane, Chuan Wu, Cao Wu and fuzi. The processed roots from the aconite plant are often used in traditional Chinese medicine to treat pains, bruises and other conditions. Raw aconite, however, is extremely toxic when consumed, according to a study in the journal Clinical Toxicology.

Once it is consumed, symptoms occur within a few minutes or up to a couple hours, depending on the amount ingested. These include numbness or tingling of the face, mouth or limbs; weakness in the limbs; paralysis; low blood pressure; irregular heartbeat; chest pain; slow or fast heartbeat; nausea; vomiting; abdominal pain and diarrhea.

There is no medicine to counteract aconite poisoning, according to the department of health.

"Plants are very potent as medicine," said Jaclyn Chasse, president of the American Association of Naturopathic Physicians. "The story exemplifies a really sad example of how some plants, when they're misused or using the wrong plant, can be incredibly harmful."

Aconite is not commonly used in herbal medicine, according to Chasse. In some Asian traditional medicines, aconite is heavily processed before it is used in order to remove alkaloids, a poisonous component of the aconite plant.

Chasse says herbal ingredients that come from China are often adulterated -- meaning that, in this case, it was the raw herb that was not safely processed.

She stressed that people using using herbal products should get them from trusted companies recommended by health care professionals, who can also give advice on how herbal medicines interact with pharmaceutical medications, she added.

People who purchased and consumed tea leaves from the trading company and experienced no symptoms are advised not to continue to use it. If individuals that consumed the tea experience symptoms, they should immediately call 911 or seek medical attention.