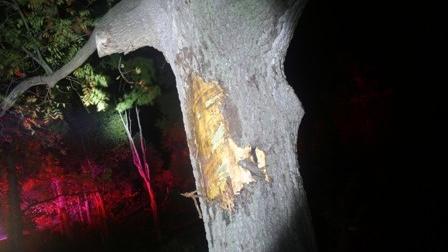 Nearly a week after a single car crash, a woman died from her injuries in a Michigan hospital.

On Sunday. September 21, 2014 just after 12:35 a.m., three people were involved in a crash on 40th Avenue in Arlington Township. The 2014 Hyundai Sonata they were in slammed into a fence and then into a tree after the driver lost control.

Alcohol is believed to be a factor in the crash.

The Van Buren County Sheriff's Department has not released the name of the 31-year-old male driver or the 27-year-old male passenger.

The investigation is ongoing. Once it is completed, it will be sent to the Van Buren County Prosecutors Office.