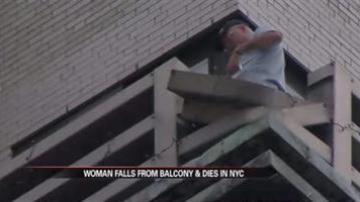 NEW YORK CITY — A 35-year-old woman who was on a first date is dead after a fall.

On Thursday morning, the woman fell to her death from her 17th floor balcony of her New York City apartment.

Police say she went outside on her balcony to talk and smoke a cigarette with her date. That's when the police say the railing broke.

It is unclear whether she leaned on the balcony causing it give way.

Police say the woman landed on a second story construction scaffolding of the building.

The New York City Department of Buildings is investigating. It has issued a vacate order for all balconies in that building as a precaution.