Woman hit, killed while trying to save an animal 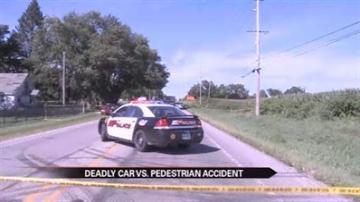 MIDDLEBURY, Ind. -- Around 3:00 p.m. Middlebury Police responded to an accident on State Road 13.  A pedestrian was struck by a car and killed.

Police say the victim was driving down the road when she saw a groundhog in the street.  She pulled over to check on it and while the woman was walking up to the groundhog, a gold Chevy Malibu traveling northbound hit the victim, killing her on impact.

The driver of the Malibu was not injured.

Elkhart County police are assisting in the investigation into this accident.

Police have not released names of anyone involved in the accident.